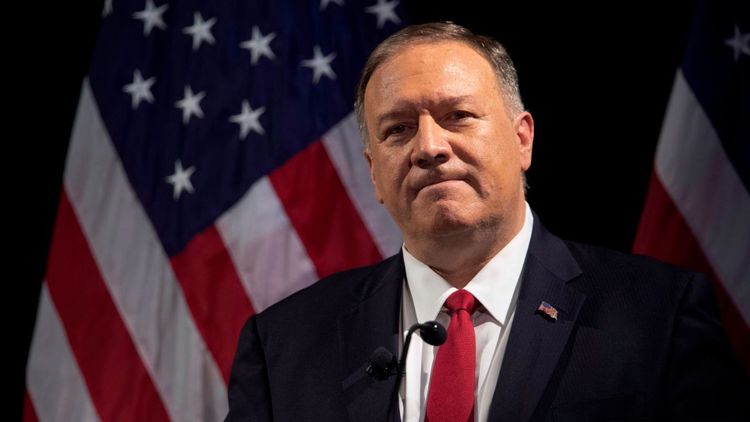 The United States has imposed visa restrictions against Cuba’s Minister of the Revolutionary Armed Forces Leopoldo Cintra Frias and two his children, US Secretary of State Mike Pompeo said in a statement, APA reports.

The Cuban defense chief "bears responsibility for Cuba’s actions to prop up" the Maduro regime in Venezuela, Pompeo said, claiming that the Cuban Revolutionary Armed Forces alongside military and intelligence officers have been involved in "gross human rights violations and abuses in Venezuela, including torturing or subjecting Venezuelans to cruel, inhumane, or degrading treatment or punishment for their anti-Maduro stances."

Cintra Frias and his children will be ineligible for entry into the United States.

The political crisis in Venezuela exacerbated on January 23, 2019 when Juan Guaido, Venezuelan opposition leader and parliament speaker, whose appointment to that position had been cancelled by the country’s Supreme Court, declared himself interim president at a rally in the country’s capital of Caracas. Several countries, including the United States, most of the EU states, Lima Group members (excluding Mexico), Australia, Albania, Georgia and Israel, as well as the Organization of American States, recognized him as president.

Incumbent President Nicolas Maduro, in turn, blasted the move as a coup staged by Washington and said he was severing diplomatic ties with the US. In contrast, Russia, Belarus, Bolivia, Iran, Cuba, Nicaragua, El Salvador, Syria and Turkey voiced support for Maduro.