Thousands of protesters take to the streets in Cuba 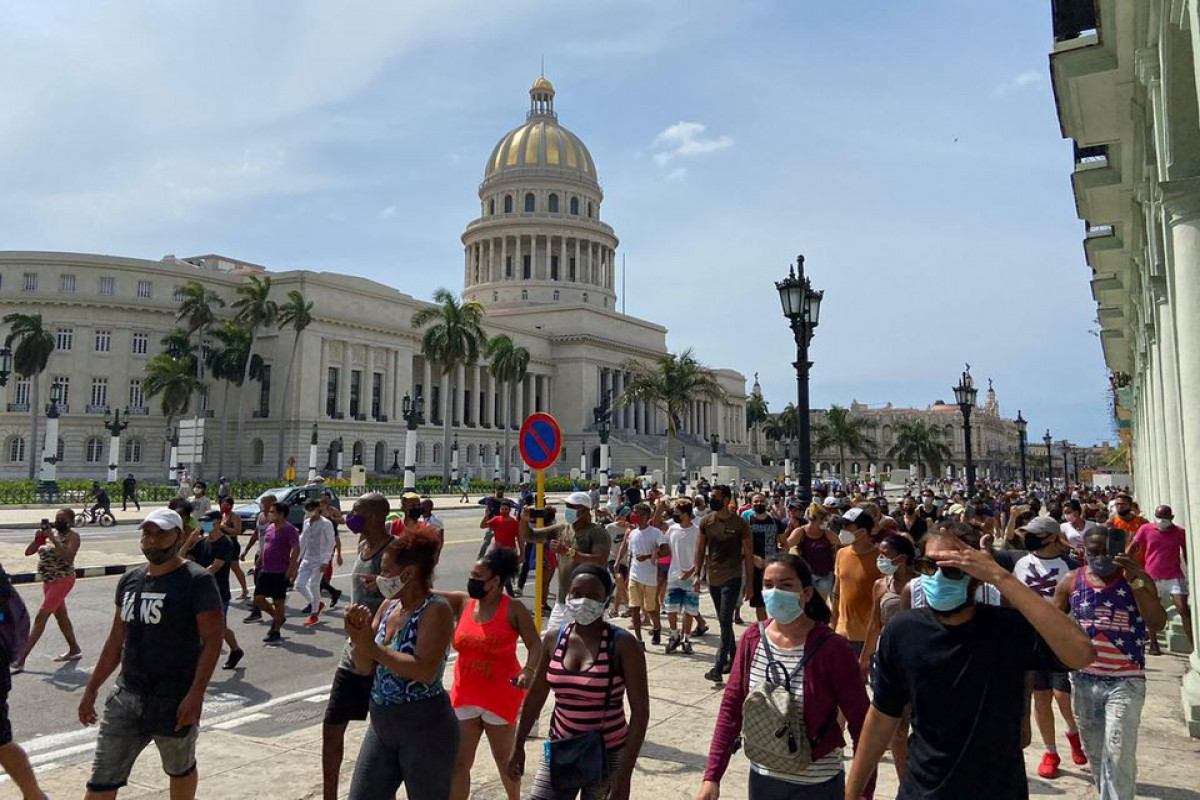 Thousands of Cubans took to the streets from Havana to Santiago on Sunday in rarely seen protests, expressing frustration over pandemic restrictions, the pace of COVID-19 vaccinations and what they said was government neglect, APA reports citing Reuters.

President Miguel Diaz-Canel, who also heads the Communist Party, blamed the United States for the unrest in a nationally televised speech on Sunday afternoon.

Special forces jeeps, with machine guns mounted on the back, were seen in Havana and Diaz-Canel called on supporters to confront “provocations."

Thousands of people gathered in downtown Havana and along parts of the seaside drive amid a heavy police presence. There were a few arrests and scuffles, but no major confrontations.

The protests broke out in San Antonio de los Banos municipality in Artemisa Province, bordering Havana, with video on social media showing hundreds of residents chanting anti-government slogans and demanding everything from coronavirus vaccines to an end of daily blackouts.

“I just walked through town looking to buy some food and there were lots of people there, some with signs, protesting,” local resident Claris Ramirez said by phone.

“They are protesting blackouts, that there is no medicine,” she added.

Diaz-Canel, who had just returned from San Antonio de los Banos, said many protesters were sincere but manipulated by U.S.-orchestrated social media campaigns and “mercenaries” on the ground, and warned that further “provocations” would not be tolerated.

There were protests later on Sunday hundreds of miles (km) to the east in Palma Soriano, Santiago de Cuba, where social media video showed hundreds marching through the streets, again confirmed by a local resident.

“They are protesting the crisis, that there is no food or medicine, that you have to buy everything at the foreign currency stores, and on and on the list goes,” Claudia Perez said.

"We are calling on all the revolutionaries in the country, all the Communists, to hit the streets wherever there is an effort to produce these provocations," Diaz-Canel said in his broadcast remarks.

The Communist-run country has been experiencing a worsening economic crisis for two years, which the government blames mainly on U.S. sanctions and the pandemic, while its detractors cite incompetence and a Soviet-style one-party system.