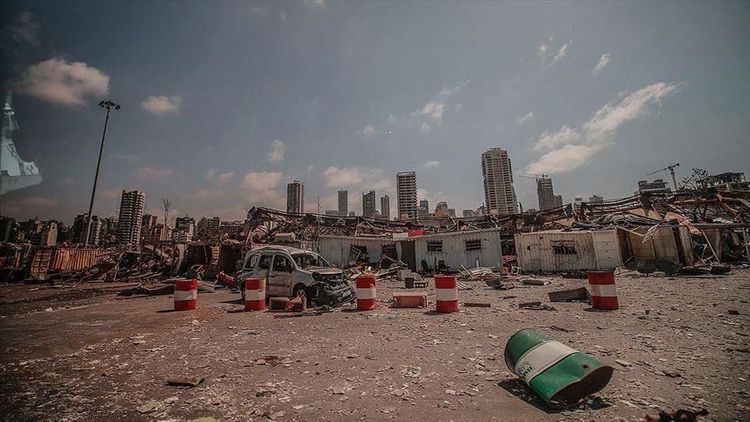 At least 8,000 buildings, including 50 ancient structures, were damaged by last week’s massive explosion at the Beirut port, according to the High Relief Commission in Lebanon (HRC) on Tuesday, APA reports quoting Anadolu Agency.

Speaking to Anadolu Agency, HRC Secretary-General Mohammed Khair said the calculation of all damage from the blast will be concluded on Wednesday.

According to Anadolu Agency reporter, the scale of damage differs from one area to another.

The HRC is affiliated with the Cabinet and its functions include aid distribution and disaster management.

The government has blamed a neglected stockpile of 2,750 tons of ammonium nitrate stored in a warehouse for the explosion, which killed at least 160 people, injured thousands and left a vast trail of destruction across the capital.

Last Tuesday’s port blast, which rocked Beirut to its core, came at a time when Lebanon was already dealing with a severe financial crisis, and the coronavirus pandemic.

Protesters have taken to the streets with violent anti-government demonstrations for the past two days, storming official buildings and clashing with police.