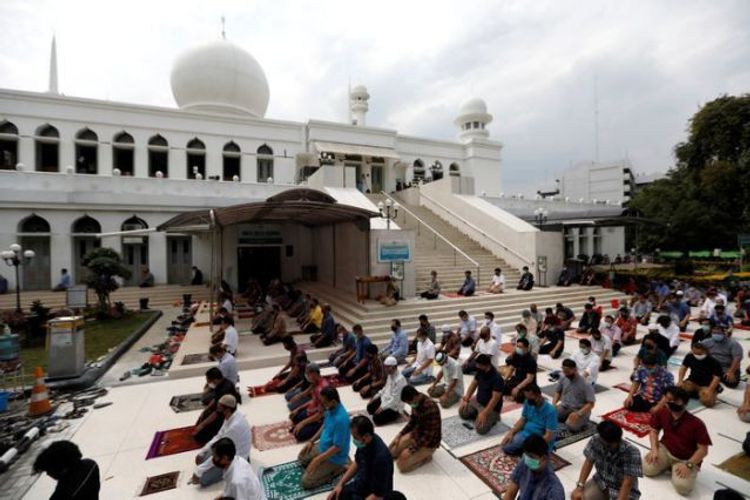 Indonesians in Jakarta returned to mosques on Friday for prayers after the city relaxed rules on attending places of worship as part of a loosening of restrictions in place since late March to contain the spread of the coronavirus.Jakarta’s governor on Thursday announced some easing of restrictions including attending mosques for communal prayers but warned the fight against the outbreak was far from over in southeast Asia’s biggest city, APA reports citing Reuters.

Indonesia has been the hardest-hit country in east Asia outside China from the pandemic and Jakarta has been the epicentre of the outbreak, with 7,766 cases and 523 deaths.

“I feel happy that I can come back to the mosque ... because there’s a difference in praying from home,” said Deko Ronal Rafiyanto, 41, at the Al Azhar mosque in South Jakarta.

Under the new rules, places of worship must limit capacity. Visitors to the Al Azhar mosque wore masks and had their temperature taken before entering.

“I hope it is safe, and we are following the health protocol,” said Muhammad Yasin, 50.

Some public transport has resumed operations and offices and malls are due to open in the city over the next two weeks.