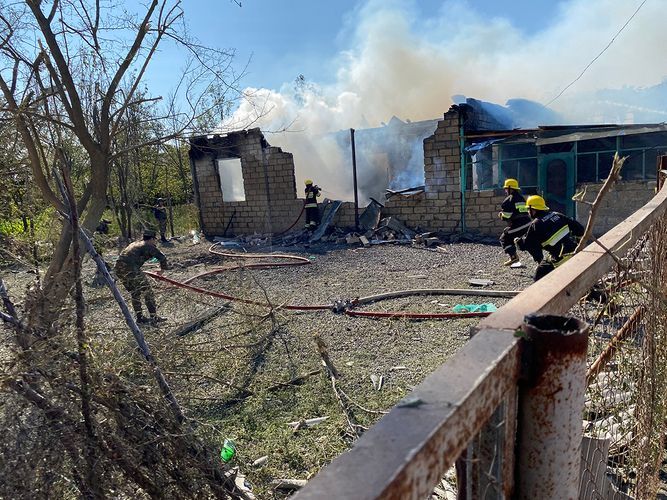 The missiles launched by Armenia’s armed forces caused fire in 3 individual residential houses and farming units owned by citizens in Agdam region. The fires were prevented by the relevant forces of the State Fire Protection Service under the Ministry of Emergency Situations (MES) brought on the territories where the incident occurred and the transfer of the fires onto the nearby structures wasn’t allowed.

The MES received information about breaking out of fire in the farming unit owned by a citizen as a result of falling of missile on Terter region. As the territory was kept under intensive fire by the enemy, the interference into the fire was impossible.

Note that currently, the Ministry of Emergency Situations is functioning in the enhanced working mode. It is requested to immediately provide information to the Ministry’s 112 hot phone line in regard to any emergency event occurred. 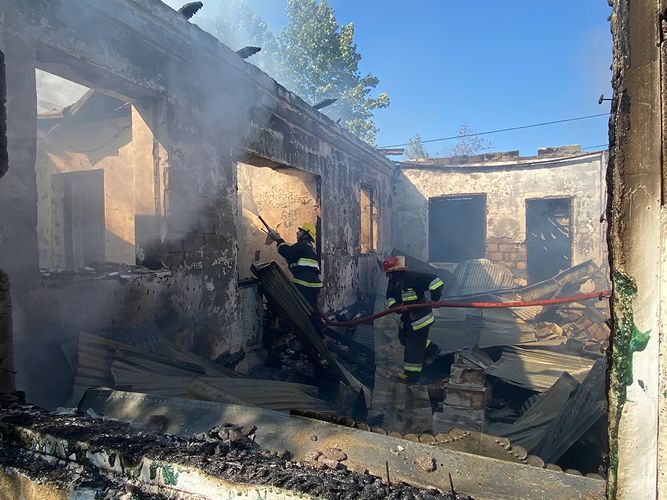 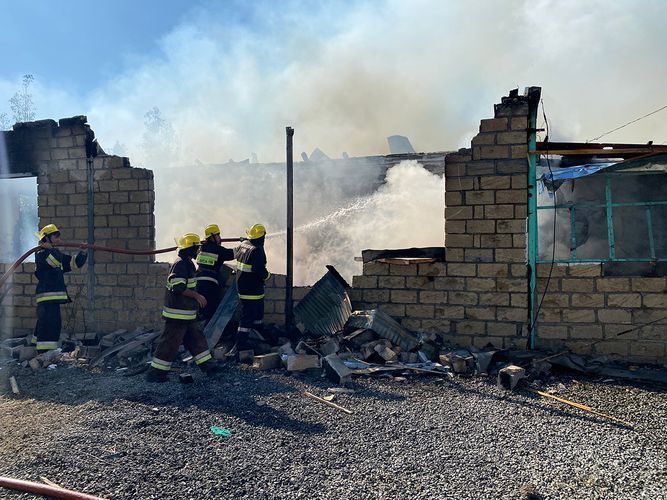