Yelena Shabovta: "War in Nagorno Garabagh is operation which is necessary for happy future" 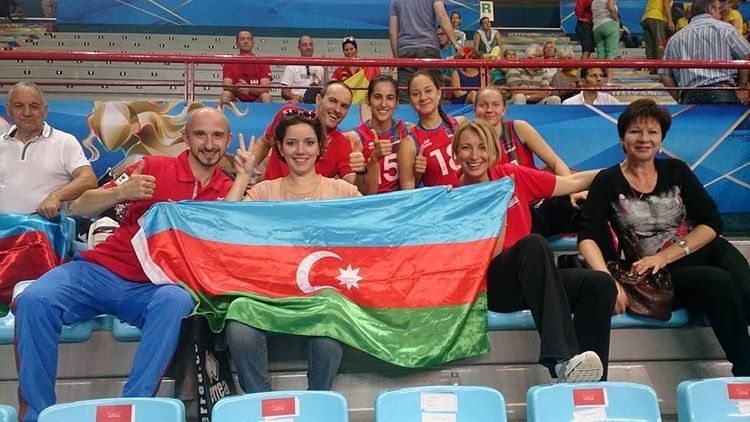 “I was born and grew up in USSR. We all had nationalities, however, no one showed it or did not insult in any way,” wrote Azerbaijani volleyball legend Yelena Shabovta on social network post, APA reports.

Ukrainian-born volleyball veteran, who has been one of the leaders of the Azerbaijani national team for many years, has not stayed indifferent to what happened in Nagorno Garabagh. Posting in Russian and English languages in this regard Yelena Shabovta has not to hide her love for Azerbaijan: “After collapsing of USSR my destiny was such that I stayed in Baku, Azerbaijan to continue my volleyball career. It was in 1990. Awful tragedy and pain which touched all the families of Azerbaijan. The situation in Nagorno Garabagh. It is difficult to express with words what I saw. While I live in Azerbaijan for 15 years, got citizenship, and played for the national team I felt only love, support, and a warm attitude. Azerbaijan is a sunny country. People show their kindness in this country. I always feel happiness and love flow each time when I return to Baku. It is my second motherland! My home, my family!”

Shabovta has also touched upon Garabagh's problem, lasting for 30 years: “30 years passed. Azerbaijan has changed very much. However, Azerbaijanis are as hospitable as they were previously. However, the pain of Nagorno Garabagh has remained as a great wound, which has been bleeding and not recovered, as it is the land of Azerbaijan. But there is not any Azerbaijani there and those, who lived there earlier, have settled in other regions of Azerbaijan with a status of internally displaced people. They have had a status of internally-displaced people without territories, where their grandfathers and forefathers lived.”

Sharing this post with the Azerbaijani flag on her page, Shabovta has called current occurrences on the frontline important operation from the liberation of our territory's point of view: “Azerbaijan is a beautiful country, which has an ancient culture. All nations of the world are living here. It is a peaceful country. The war, ongoing there now, is an important operation for an incoming happy life. A life in their own territory with their forefathers. It is a liberation. I pray for peace and justice. Garabagh is Azerbaijan!”