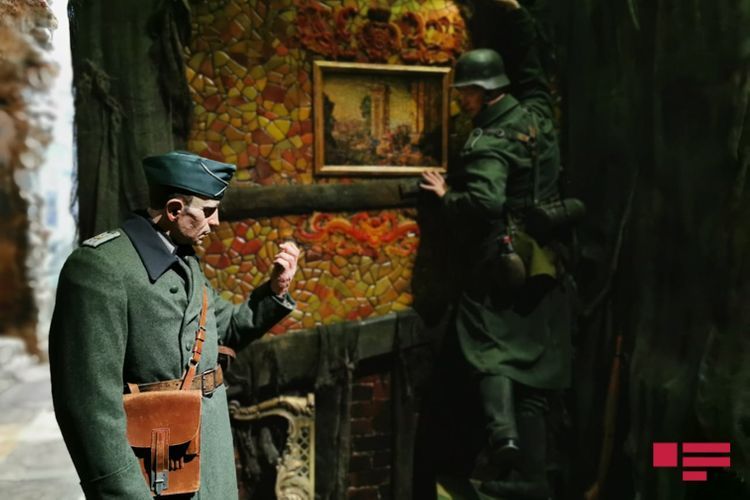 The opening of the Military Trophies Park, one of the symbols of Azerbaijan's historic victory in the Patriotic War for Karabakh has irritated a number of countries around the world.

Pro-Armenian forces who can not digest the disgraceful defeat of Armenia in the war has started to conduct a campaign against the Military Trophies Park Museum in Baku. However, those who conduct this campaign forget that there are similar military museums in some countries as well as in their own countries.

Those who turn this issue into an ugly propaganda tool are well aware that the purpose of creating such park museums, as well as the Military Trophies Park in Baku is to form a sense of national pride, patriotic upbringing of the younger generation, to promote their hatred against fascism, especially its strongest and the ugliest form of Armenian fascism. It is also to show at what level the country has won, which enemy it has destroyed, and how it has defeated Armenian fascism.

As it was noted that there are a lot of such kinds of museums, parks around the world. Examples include the “Victory” Museum in Moscow, dedicated to the Great Patriotic War of 1941-45, and the “Road of Memory” Museum of the Russian Armed Forces, which was inaugurated last year.

Artifacts on the formation of "Hitler's Nazism", "Italian fascism" and "Japanese militarism"

One of the largest military history museums in the world, the “Victory” Museum in Moscow ... This museum located in “Poklonnaya Gora” operates for 26 years. The museum complex inaugurated with the participation of heads of 55 countries is dedicated to the 50th anniversary of the victory over fascism in the Great Patriotic War and World War II.

The museum is a memorial complex designed to immortalize the heroism and bravery of Soviet soldiers during the Great Patriotic War. The museum conducts scientific, cultural, and enlightenment work organizes events for the patriotic education of young people, especially schoolchildren and students.

Alexander Mikhailov, a specialist in the history of the Victory Museum, told APA about the main goals of the museum complex: “We are in the entrance of the Museum. We inform visitors about Hitler's Nazism, Italian fascism, and the emergence of Japanese militarism in this part, demonstrate artifacts.

We share with our visitors how humanity came to the eve of World War II. The purpose is to indoctrinate younger generation what troubles brought ideas of nazism, fascism, militarism brought to people of the world.”

Waxworks of the German military servicemen

“Several rare historical exhibits belonging to Germany, Italy, Japan, and other countries which united in one front against humanity are demonstrated in Victory museum. The most interesting part of the museum, where about 300,000 exhibits are exhibited, is the section where military booty is exhibited. Here military trophies are taken from german fascists and their partners during the siege of Leningrad and the battle of Kursk. Machine guns, submachine guns used by german fascists, German soldier's helmets, and medals are demonstrated here.

Military trophies taken from fascists, demonstrated in the museum do not end with these. Adolf Hitler's book "Mein Kampf" taken from the Reichstag, a variety of military uniforms, weapons, ammunition belonging to German, Italian, Spanish, Romanian, Hungarian and Finnish soldiers, as well as ammunition and outerwear of a special group implementing the Edelweiss plan to occupy the Caucasus and control Baku oil are among valuable exhibits.

Moreover, the battle scenes depicting the victory of the Soviet soldier over the Nazis in the museum were enlivened by waxwork and illustrations of the German military.

The road of the memory museum of the Armed Forces of Russia opened in the summer of last year is also a very interesting place. Road of memory museum constructed in Patriot military park of the Russian Armed Forces located in Odinstovo district of Moscow is not just a museum or memorial complex that has no analogs in the world, but a living history gallery.

The 1,418-foot-long, 35-hall museum preserves the fate and names of those who contributed to the victory over fascism, as well as the memory of each day of the terrible war.

The most interesting part of the museum is the section where Adolf Hitler's hat, cap, and the globe given to him by Italian fascist leader Mussolini are on display. This section, which the military trophies are on display, kinds of military uniforms, weapons, helmets of Nazi soldiers, illustrations depicting their defeat are illustrated.

The establishment of the military trophies, the museum is an international practice

Museologist Aleksandr Mixaylov says that countries that represented the Hitler's coalition once upon a time have never protested against exhibits, waxworks, and illustrations that are on display in the museum: “Neither Germany, nor Italy, nor Japan, in short, any defeated country, has ever objected to the exhibitions we exhibit in the museum

The youth generation of those countries has no questions regarding the illustrations reflecting criminals during the Second World War. They admit that their ancestors have really committed this crime and see this as a part of history. Today, Germans, Italians, and Japans fell upset about things happening in the Second World War. They are upset that it is impossible to rewrite history again. They understand well that the events happened during the war are learned in order not to happen such events in the future again”.

According to the Russian museologist, the establishment of the military trophies museum by the winning country after the war is an international practice and there are not any factors to object to and to surprise.

It seems from the international practice that there is not an unusual thing, something that will turn it into ugly propaganda in the establishment of the military trophies museums, parks. Especially if the displayed military trophies have been obtained by defeating a state that served the ideas of fascism.. It would be better for Armenia and its supporters not to be irritated by the establishment of the Military Trophies Park in Baku and try to use it for their own purposes, but to look at the demonstrations and learn from them, to understand what dangerous idea fascism is, what a terrible disease Arminianism is, and not to dream of revanchism again. They should remember that how the fate of all fascist executioners becomes… 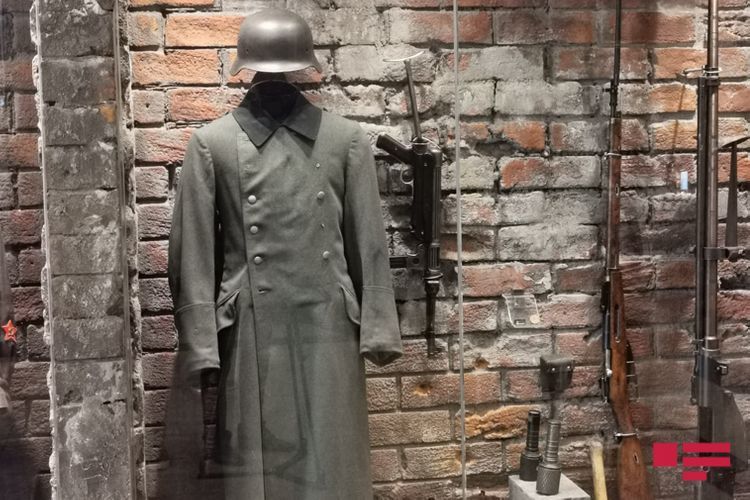 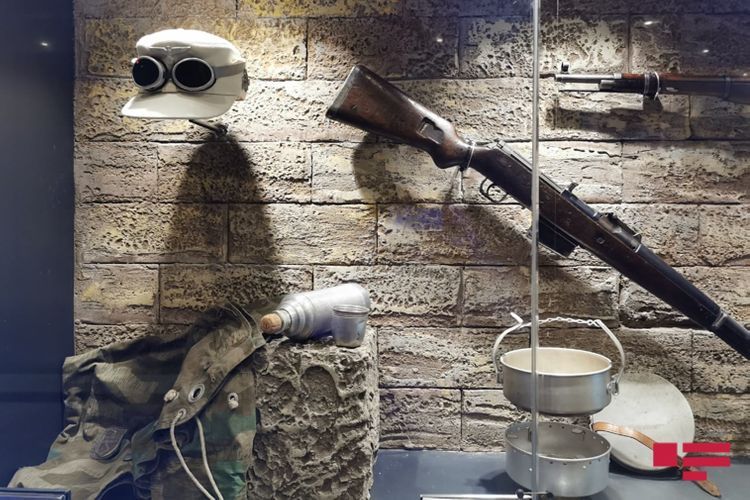