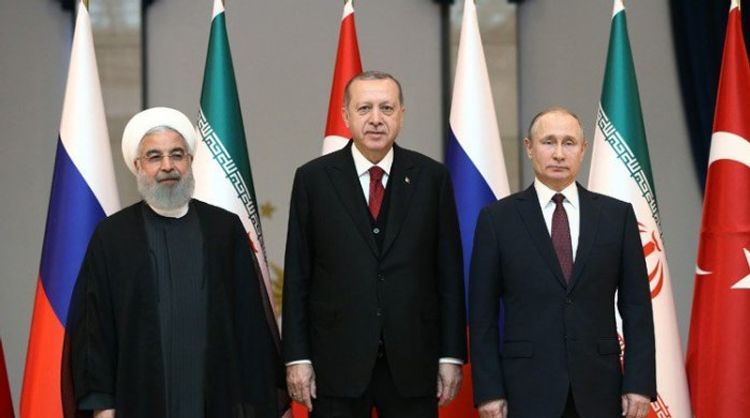 The presidents of Russia, Turkey, and Iran hold a trilateral meeting in a video conference format on the settlement of the Syrian conflict, APA's Moscow bureau reports.

Iranian President has opened the Summit and said that the date of the Iran, Russia-Turkey Summit was changed due to the coronavirus pandemics, many events occurred in Syria since the beginning of the pandemics. He noted that is why an online meeting is held.