Victims of Armenian terrorism were commemorated in Israel 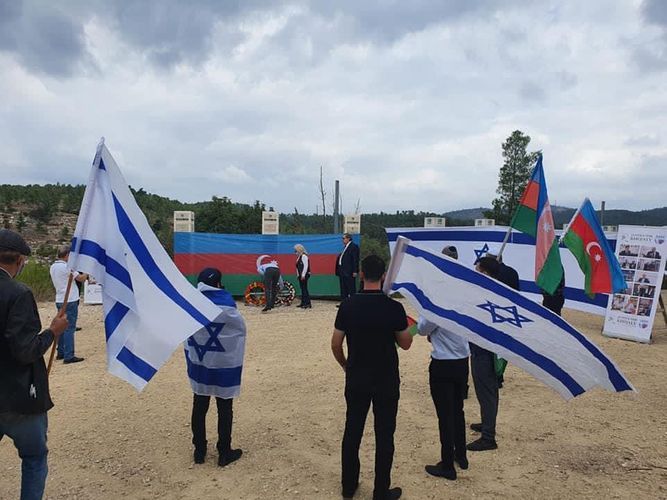 By the initiative of Azerbaijanis living in Israel, the victims of the terrorist acts committed by the occupant Armenian Army in Ganja and Barda cities, as well as in other residential settlements were commemorated at Khojaly-613 garden near Quds (Jerusalem) City, the State Committee on Work with Diaspora told APA.

Along with Azerbaijanis, the representatives of other communities in Israel and local residents also participated in the event. President of “AzIz” Israel-Azerbaijan International Association Lev Spivak brought to the notice of the event participants that 40 days have already passed since the commencement of military operations in Karabakh. Then the memory of the killed civilians and martyrs was honoured with one-minute silence. The flower bunches and wreaths were placed in front of the Khojaly monument in order to commemorate the victims of terrorism.

Deputy mayor of Kiryat Bialik city Nyuma Rachevskiy attending the event said the Jewish people will always support Azerbaijan in its righteous struggle. The chief rabbi of Mountain Jews’ synagogue Shmuel Simantov said prayers for the establishment of peace in the Caucasus. The event participants holding in their hands the state flags of Israel and Azerbaijan distributed to residents of the city the booklets reflecting the Armenian vandalism. 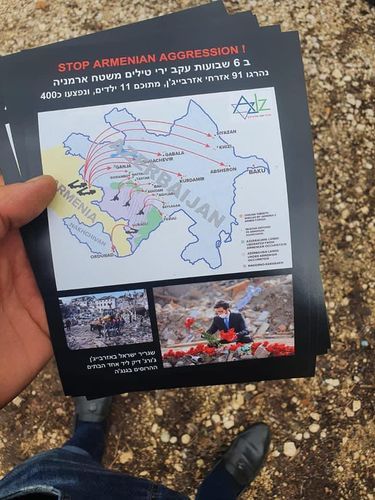