PACE observers express their opinion regarding the parliamentary elections 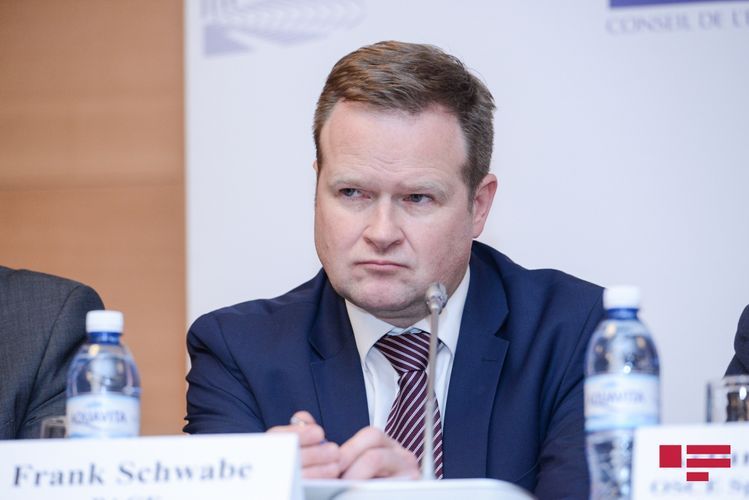 "As a PACE representative we represent 5 groups of the parliamentary assembly," This was stated by the head of the PACE Observation Mission Frank Schwabe, APA reports.

He emphasized that violations of law were observed regarding the counting procedure of votes: “I observed it polling station # 10 of Constituency #30. My colleagues also faced with the same case in some constituencies. Not ensuring the European court decisions prevented Ilgar Mammadov and others from running in elections.”

“We appreciate the extent to which the country has taken on its commitments, but not its economy and policy. Observations should improve the country's activity in this area,” he stated.

Artur Gerasimov stated that a part of Azerbaijan is under occupation for 25 years and noted that he is well aware of the impact of the conflict with Armenia on the organization of the elections held in Azerbaijan. Highly appreciating the efforts put forward providing the participation of internally displaced persons in the elections, Artur Gerasimov stated that besides that the duty of all political actors is to develop democracy and it is necessary to organize good elections based on this.

He stated that despite a large number of candidates, some prospective candidates were denied the right to stand: “Candidates registration was inclusive. Voters received the information from social media, but this did not compensate for the role of traditional media. The Central Election Commission (CEC) of Azerbaijan made efforts to act transparently. Nevertheless, some procedural rules were violated.”

Artur Gerasimov also noted that voters have been provided with the opportunity to check their information.

Elona Hoxha-Gjebrea, Head of the OSCE PA delegation stated that 57 parliamentarians and staff from the OSCE PA held observation in Ganja, Sumgait, Ismayilli, Baku and other regions: “There was a friendly attitude to our observers. I should also mention the loyalty of local observers to their work.”

She stated that there were a lot of observers in the polling stations where IDPs cast their votes: “They are well aware of their commitments. This directed to the progress of democracy.”

Elona Hoxha-Gjebrea touched upon the issue of the participation of women and the youth in the elections. Head of the delegation stated that she was disappointed that none of the 55 registered political parties was headed by a woman:

“There are only 15 women represented in parliamentary committees. We call on Azerbaijan to provide the active participation of women in political life. As well as, we also emphasize the importance of engagement of the youth in democratic processes. ”

She also noted that sustainable efforts and cooperation would help address the fundamental issues.