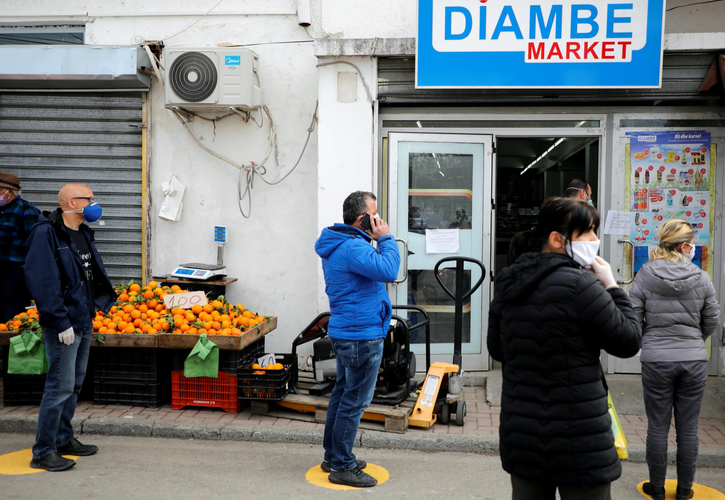 Albania will re-open about 600 business activities from Monday, ranging from watch repair shops to mining, in a bid to breathe life back into an economy frozen for a month as the country fights the coronavirus outbreak, APA reports quoting Reuters.

Prime Minister Edi Rama’s government said the low number of deaths and infections, 26 and 548 respectively since the first case detected there on March 9, justified re-starting the economy slowly over the next three weeks.

The government says it will lose 540 million euros ($587 million) in revenue to June. Some 50,000 workers have lost their jobs over the past month.

Government finances had already been hit by having to rebuild homes for 17,000 people who lost theirs in an earthquake in November.

The list of businesses able to restart work, published on the e-Albania government website on Saturday, also included farming, fishing, food and fish processing and various kinds of retailer.

However, to make sure social distancing measures are still observed once people begin to return to work, the government threatened offenders with tougher punishment, including jail time for those who opened bars and restaurants and those who leave quarantine while infected.

The updated list allows bars and restaurants to deliver take-out food or for customers to collect it.