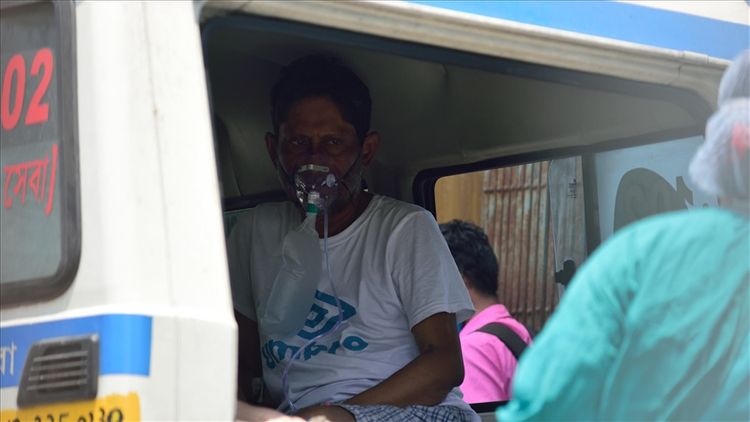 France will deliver oxygen units as medical aid to support India in its fight against a deadly surge of the second wave of COVID-19, the Foreign Ministry announced Monday, APA reports citing Anadolu.

The “exceptional solidarity operation” was being mobilized in response to the needs expressed by Indian authorities and upon President Emmanuel Macron’s request, according to a statement by the ministry.

The aid is also part of the European Union Civil Protection Mechanism (UCPM) activated by the European Commission for Crisis Management on April 25 and is being delivered amid reports that India is facing an acute oxygen crisis at health facilities. Several hospitals across India are reporting oxygen shortages and are frantically seeking emergency assistance as a new virus variant has hit the country hard with a record surge of COVID-19 cases.

Eight medical oxygen production units, each with a capacity to continuously supply oxygen to 250 beds, will be transported by the end of this week. The units are permanent installations producing medical oxygen from the oxygen present in the ambient air and will make an Indian hospital autonomous in oxygen for 10 years. The provision of devices for filling oxygen cylinders will also be included.

In addition, at least five liquefied oxygen containers, each of which can support up to 10,000 patients over a day, as well as specialized equipment of 28 respirators and 200 electric syringe pumps will be part of the aid.

The material is intended to respond to the emergency and also to sustainably strengthen the capacities of Indian hospitals to treat the sick and fight against the pandemic, the statement said.

“France and India have always stood in solidarity with each other in difficult times. This solidarity is at the heart of our strategic partnership and of the friendship between the French and Indian peoples,” it added.