Italians vote in regional elections, referendum in test for coalition 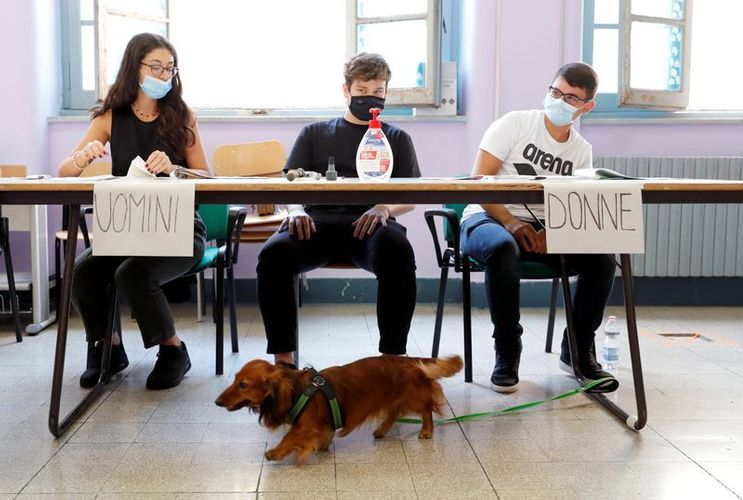 Italians began voting on Sunday in a raft of local ballots and a referendum, with the ruling coalition under pressure in its first electoral test since the coronavirus crisis, APA reports citing Reuters.

Voters have largely approved of Prime Minister Giuseppe Conte’s handling of the pandemic, but recent opinion polls suggest this will not help his coalition allies in the vote for the heads of seven regions and mayors in almost 1,000 towns.

The rightist opposition, led by Matteo Salvini’s League, is expected to win at least four of the regions up for grabs, and could capture the traditional leftwing stronghold of Tuscany.

A drubbing for the ruling parties would galvanise the League and its allies, but most analysts say it would be unlikely to trigger a government collapse in the midst of the coronavirus crisis and as the country prepares a crucial 2021 budget.

Voting takes place over two days and exit polls will be published at 1300 GMT on Monday when ballot boxes close.

5-Star, which does not run any of Italy’s 20 regions, is pinning its hopes on the only nationwide ballot -- a referendum it champions to cut the number of lawmakers to 600 from 945.

“The polling station president and the staff were very clear about the rules. It took 15 seconds longer to vote perhaps, but everything was fine,” said 69-year-old university professor Carlo Di Giovine after voting in the referendum in Rome.

The centre-left is expected to lose control of Marche in the centre and Puglia in the south, while holding on to the southern region of Campania. Tuscany looks like a neck-and-neck race.

The right should easily keep power in the two northern regions where it currently governs -- Liguria and Veneto. The seventh region at stake is the tiny, French-speaking Valle D’Aosta which has its own party system.