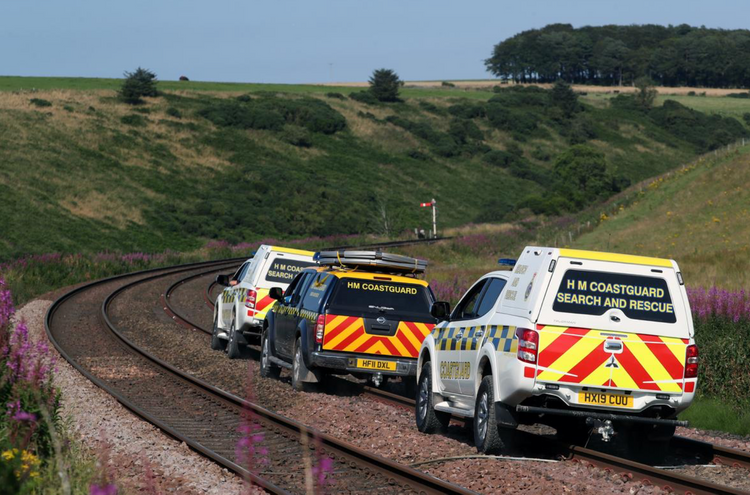 Three people died in a train derailment in eastern Scotland on Wednesday that left carriages overturned and piled on top of each other on a steep wooded slope, making it hard for emergency services to access the scene, APA reports quoting Reuters.

Dark smoke billowed from the site of the accident for most of the day after the ScotRail train derailed in the morning in a narrow valley near Stonehaven, south of the city of Aberdeen.

Aerial footage showed one carriage detached from the rail tracks and lying on its side some distance down the slope. Another was completely overturned and had two carriages resting on it, one of which was also overturned.

Two air ambulances and about 30 emergency service vehicles could be seen in a field just above the site. With rescue workers hampered by the steep terrain and dense woodland, it took many hours for casualty numbers to be confirmed.