Turkey rejects, denounces in strongest terms statement of US president regarding events of 1915: Foreign Ministry 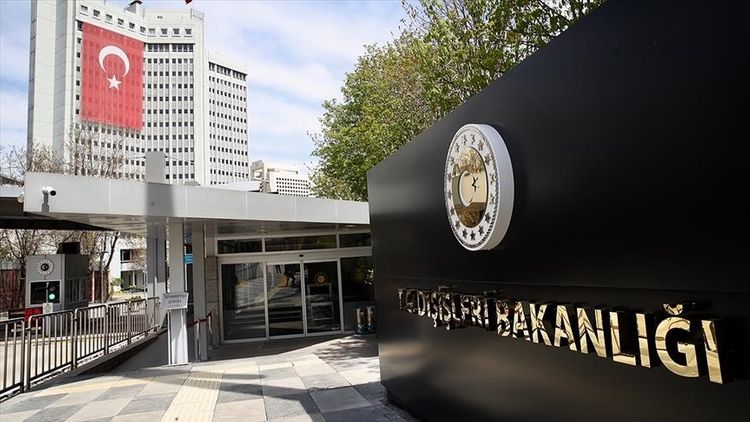 Rejecting US President Joe Biden's remarks on Armenian claims about the events of 1915, Turkey’s Foreign Ministry on Saturday said that the statement lacks any scholarly or legal basis and is not supported by the evidence, APA reports citing Anadolu.

"We reject and denounce in the strongest terms the statement of the President of the US regarding the events of 1915 made under the pressure of radical Armenian circles and anti-Turkey groups on 24 April," the ministry said in a statement.

The ministry added that none of the conditions required for the use of the term "genocide" – strictly defined in international law – are met by the events of 1915.

"The nature of the events of 1915 does not change according to the current political motives of politicians or domestic political considerations. Such an attitude serves only a vulgar distortion of history," stressed the statement.

The ministry said the statement by Biden, who is neither legally nor morally authorized to judge historical events, has no value, it said.

Turkey’s position on the events of 1915 is that the deaths of Armenians in eastern Anatolia took place when some sided with invading Russians and revolted against Ottoman forces. A subsequent relocation of Armenians resulted in numerous casualties.

Turkey objects to the presentation of these incidents as “genocide,” describing them as a tragedy in which both sides suffered casualties.

Ankara has repeatedly proposed the creation of a joint commission of historians from Turkey and Armenia as well as international experts to tackle the issue.

In 2014, then-Prime Minister Erdogan expressed condolences to the descendants of Armenians who lost their lives in the events of 1915.