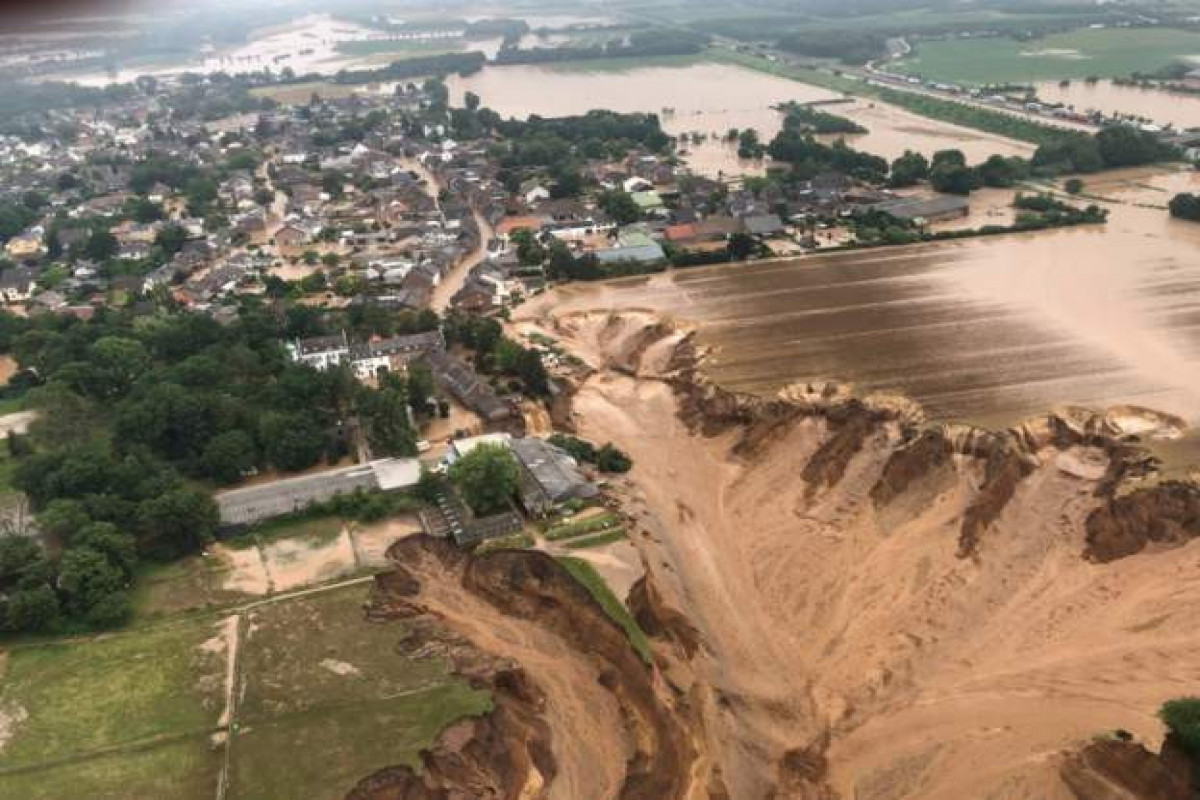 In Germany, authorities now say at least 103 people have died in floods - 43 in North Rhine-Westphalia and at least 60 in Rhineland-Palatinate, APA reports citing BBC.

Hundreds of people remain unaccounted for.

The number of casualties in North Rhine-Westphalia state, one of the hardest-hit regions, has reached 43, up from 31 the previous day, state authorities said.

The number of people who lost their lives in the heavy floods in the western part of Germany increased to at least 81 on Friday, according to German broadcaster ARD, in what is Germany's worst mass loss of life in years, APA reports citing Reuters.

Around 1,300 people were missing in the Ahrweiler district south of Cologne, the district government said on Facebook. Mobile phone networks have collapsed in some of the flood-stricken regions, which means that family and friends were unable to track down their loved ones.