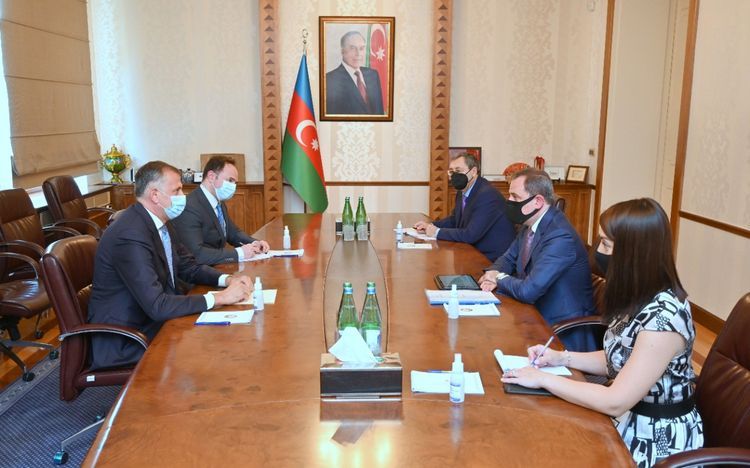 Minister Jeyhun Bayramov said that the relations between Azerbaijan and Georgia are based on historical friendship and that there are existing friendly neighborhood and strategic partnership relations between the two countries. The Minister noted the development of cooperation between the two countries in the economic, trade, energy, transportation, humanitarian, cultural, scientific, and educational fields.

Firm support of both countries to the norms and principles of international law, in particular the principle of respect for the sovereignty and territorial integrity of states, and the unequivocal expression of this position within the international frameworks was noted with satisfaction.

The sides exchanged views on the issues of further expansion of cooperation in trilateral and multilateral formats, as well as within international organizations, including the United Nations.

Ambassador Zurab Pataradze expressed his sincere congratulations to Jeyhun Bayramov on his appointment as the Minister of Foreign Affairs, as well as he conveyed the greetings of Georgian Foreign Minister David Zalkaliani to his Azerbaijani colleague.

On his turn, the Ambassador noted the existing opportunities for further continuation and broadening of the high-level cooperation relations between the two countries.

Also at the meeting, the discussions were held on other issues of mutual interest.