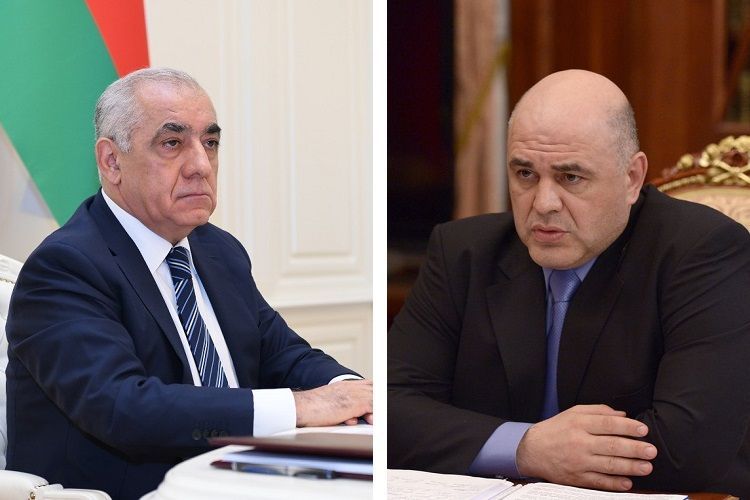 Prime Minister of Azerbaijan Ali Asadov and Prime Minister of the Russian Federation Mikhail Mishustin had a telephone conversation on November 18, APA reports quoting the Cabinet of Ministers.

During the telephone conversation, the sides exchanged views on trade and economic relations between Azerbaijan and Russia, as well as the prospects of bilateral relations in a wide range of areas. According to the press service of the Russian government, during the telephone conversation the parties discussed the prospects for the development of railway infrastructure in the South Caucasus.

During the conversation, the heads of government discussed the current partnership for the development of trade and economic cooperation, which pays special attention to the implementation of joint projects in industry, agricultural engineering, pharmaceuticals and other areas.