Round table held in Brussels regarding Azerbaijan 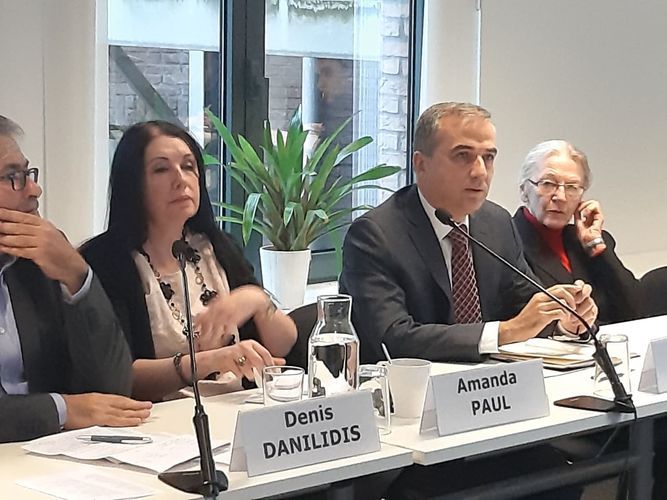 The main discussion topic of the meeting involving leaders of the Azerbaijani community of Nagorno Garabagh, EU representation in Azerbaijan, various institutions and organizations in Brussels was the Azerbaijan-EU relations and the latest status of Armenian-Azerbaijani conflict.

The present status of relations between EU and Azerbaijan was discussed at the event and the negotiations about the framework agreement which is expected to be updated were touched upon.

IRAC Chairman Farid Shafiyev told guests that Azerbaijan was interested in equitable partnership with EU and the multiple projects which had already been implemented between the parties in the area of energy and transport prepared significant prerequisite for this partnership.

Following Farid Shafiyev brought the attention of event participants to that Armenia continues the invasion of Nagorno Garabagh and adjacent regions by seriously violating international law. He noted as a result of populist and groundless statements of Armenian Prime Minister Nikol Pashinyan, which damage the negotiation process, progress has not been achieved in the direction of resolution process during the year. F. Shafiyev called on the European Union to provide the same attention and support to the Nagorno Garabagh conflict like other similar conflicts of the region.

In his turn, Head of the Azerbaijani Community of Nagorno Garabagh region of the Republic of Azerbaijan Tural Ganjaliyev stated it is unacceptable that people, expelled from their motherlands as a result of the invasion, have been living with the status of internally-displaced people for many years and their fundamental rights are violated. He talked about works done by the Community during a year passed since his appointment as a Head of the Community and stated that they are ready for negotiations with Armenian people of Nagorno Garabagh in order to support the peaceful resolution of the conflict. 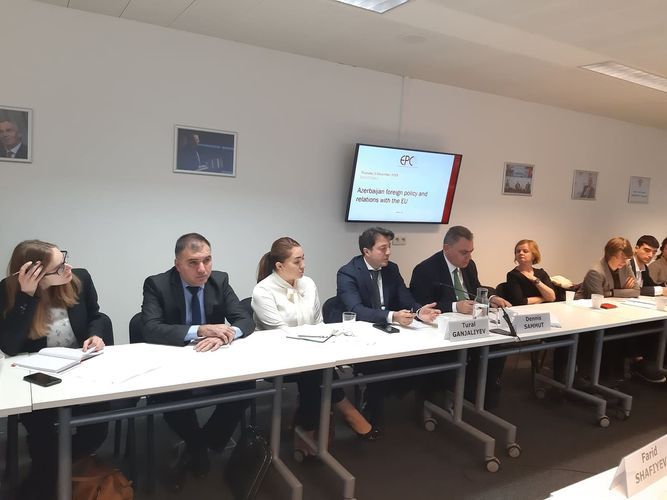