Russian FM: We highly appreciated the position of Azerbaijan in support of the 9 November statement 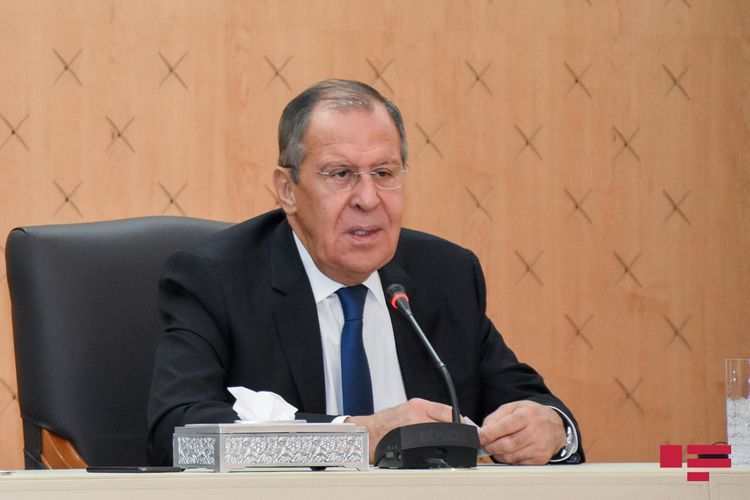 "We highly appreciated the position of Azerbaijan in support of the 9 November statement. As you said, dear Ilham Heydar oglu, not everyone immediately perceived this agreement correctly, trying to interpret it not from the point of view of the result, which consisted in stopping the bloodshed, in the transition to a peaceful life, in establishing a recovery process, and in solving humanitarian problems, and attempted to interpret it through the prism of geopolitical games, which, of course, does not meet the requirements of the modern world. We particularly appreciate the fact that the President of Azerbaijan, dear Ilham Heydar oglu, always emphasizes the task of reconciliation in this region, which, as we are deeply convinced, is the whole point of further work if we really think about the people and not about some introduced interests," said Minister of Foreign Affairs of the Russian Federation Sergey Lavrov at the meeting with President of the Republic of Azerbaijan Ilham Aliyev, APA reports.

"Through our peacekeepers, together with our Azerbaijani colleagues and with the participation of the Armenian side, we actively coordinate specific ways of solving humanitarian problems in the interests of returning people. This is about the arrangement of civilian infrastructure, the establishment of everything necessary to unblock economic and transport communications and, of course, the involvement of international organizations, the Red Cross, UN agencies on refugees, food affairs, children's problems, UNESCO, which should be more actively involved in the issue of preservation of cultural and religious heritage in this ancient region.

And, of course, we expect the co-chairs of the OSCE Minsk Group, who have been leading the political process together with Russia for many years, to join the solution of these issues on the basis of the agreements of 9 November. As you and President Putin have repeatedly stressed, this is in line with the principles that have always underpinned the activities of the OSCE Minsk Group," said Russian FM.