241 civilian facilities and 1479 houses, 66 multi-storey building damaged as a result of Armenian provocations 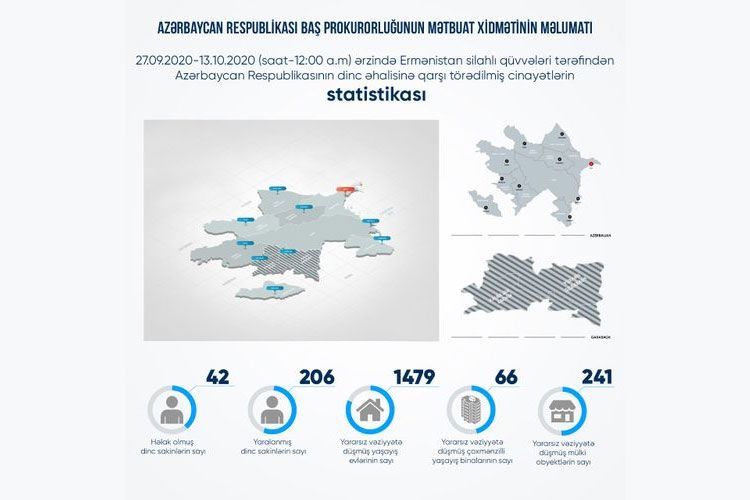 As a result of Armenians' shelling residential settlements from September 27 until now, 42 civilians have been killed, 206 injured.