Azerbaijani President: “Those who want ceasefire, why send weapons to Armenia?” 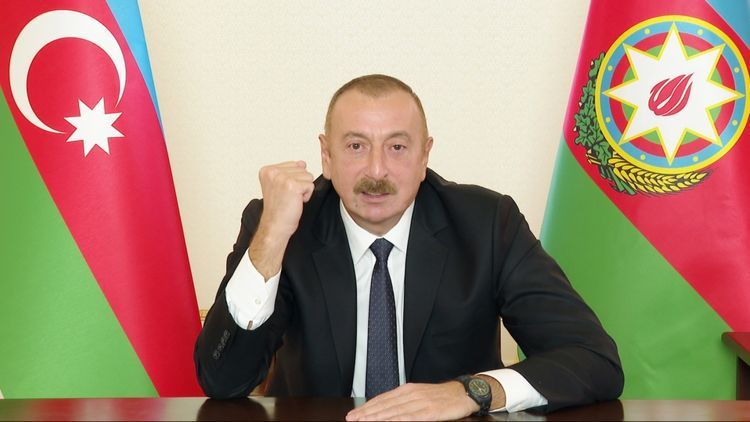 “We have precise information that Armenia has already kneeled down in front of us on the battlefield,” said Azerbaijan President Ilham Aliyev as he addressed the nation, APA reports.

The head of the state noted that Armenia is simply using the ceasefire to re-mobilize its forces and still wants to arm: “And it wants to conduct a new aggressive policy against us. There is such information. And, unfortunately, a mass amount of weapons have been sent to Armenia over the past month. Different kinds of weapons. We have all the lists. Some of them have also been published in our mass media. There is a whole list: when did the plane arrive, why did it arrive, how did it arrive, how did it unload, where was it sent? Well, If they want a ceasefire why those send weapons to Armenia? After all, Armenia is on its knees. We have already hit it in the head so that it cannot wake up.”