Azerbaijani President:"Those fortifications those huge hundred millions of dollars investments in mining in the building these defence lines, Armenia was doing it in order to keep these lands under occupation forever" 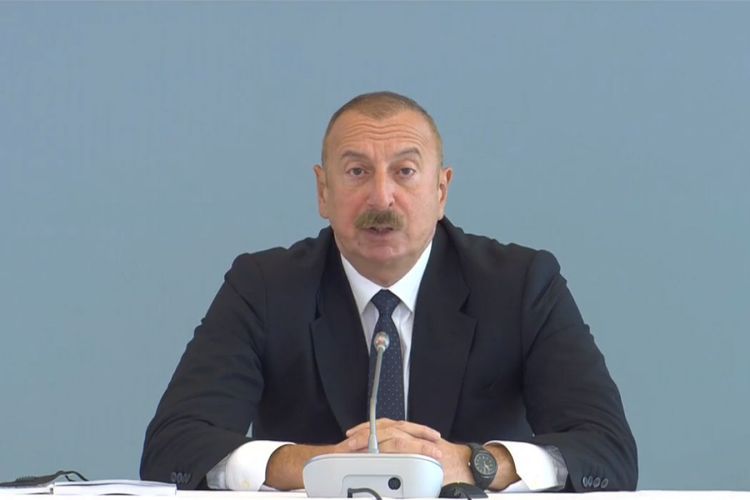 "Azerbaijani position was constructive," said President Ilham Aliyev as he made a speech at the “New vision for South Caucasus: Post-conflict development and cooperation” conference held at ADA University, APA reports.

"Azerbaijan always was interested in finding the soonest solution because we were the suffering side. And I had strong feeling during negotiations and I shared with you that  Armenia does not want a solution. They say they want but they do everything in order not to have this solution.  And what we have seen after we liberated these territories those fortifications those huge hundred millions of dollars investments in mining in the building these defence lines we clearly understand that they were doing it in order to keep these lands under occupation forever," the head of the state noted.