General prosecutor: “To information Jalal Arutunyan was destroyed, but Armenian side hasn’t yet confirmed his death” 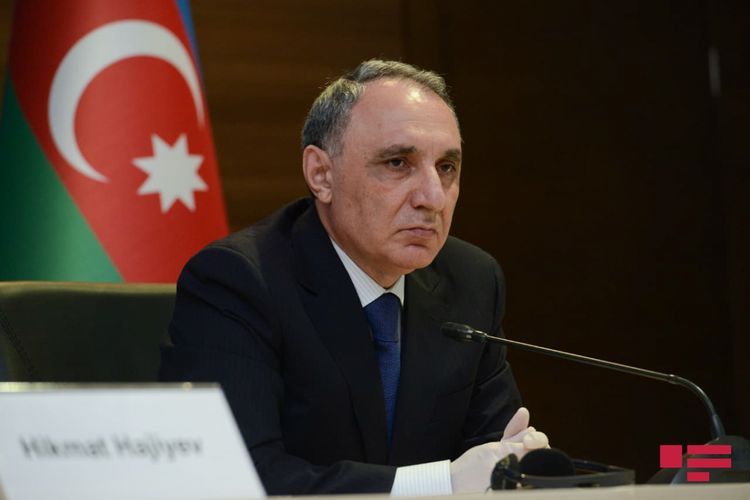 These rockets may have been launched by order of the persons being members of that country’s supreme leadership”, said today General prosecutor Kamran Aliyev at the briefing dedicated to initial results of the investigation of the crimes committed by Armenia against the civilian population in various regions of our country situated far from the front line including Ganja and other cities, APA reports.

The General prosecutor said there are calls by Araik Arutunyan and others on the social networks for destroying the civilian population of Azerbaijan: “The purpose is to intimidate the civilian population. According to the initial result of the investigation, relevant decisions have been rendered by the General Prosecutor’s Office in order to bring to criminal responsibility representative of the occupant Armenia on Azerbaijan’s occupied territories Araik Arutunyan, his assistant David Babayan, Jalal Arutunyan, and member of so-called “parliament” Arman Babajanyan, they have been put on the wanted list. The appeal has been made to relevant institutions of Azerbaijan, as well as Interpol”.