Head of state: “Armenians will see that they will live well under the leadership of Azerbaijan” 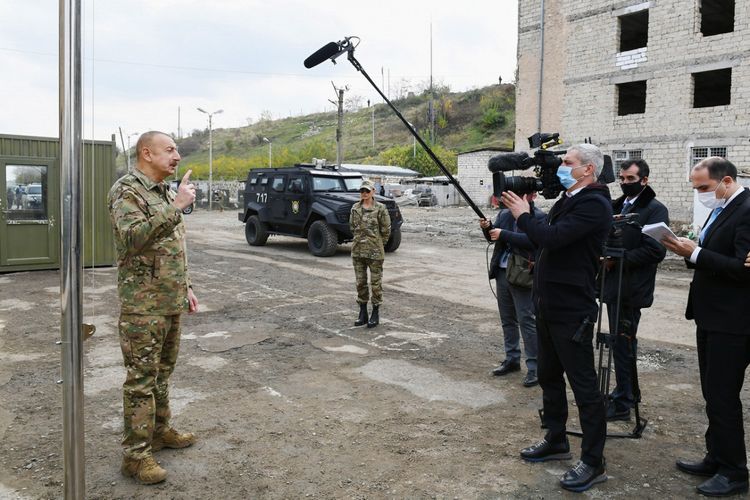 "There is a multiethnic, multi-confessional and progressive Azerbaijani state. All citizens of Azerbaijan, representatives of all peoples and religions live normally, in peace and harmony here. The Armenian people will live like this too. We have nothing against the Armenian people. I have said in numerous interviews over the past 44 days that they are our citizens and they will see that they will live well under the leadership of Azerbaijan, that they must get rid of the criminal and cowardly junta," said President of the Republic of Azerbaijan, Victorious Commander-in-Chief of the Armed Forces Ilham Aliyev on November 16 while a visit to the liberated from occupation Fuzuli and Jabrayil districts, as well as Fuzuli and Jabrayil cities with and lady Mehriban Aliyeva, APA reports.