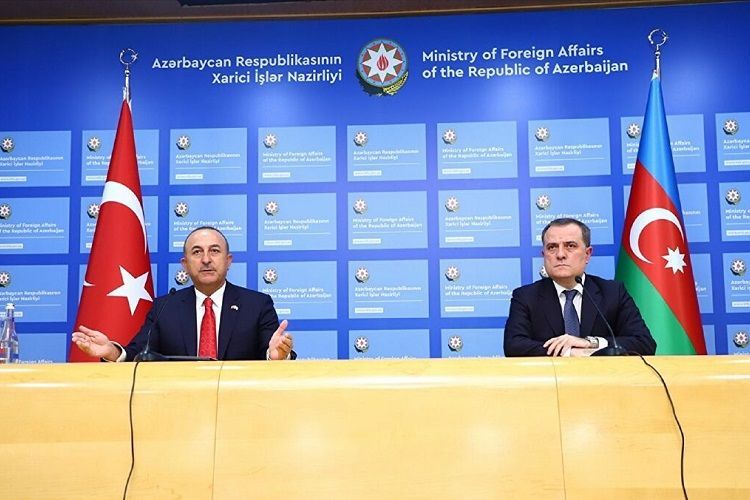 The Ministers exchanged their views on the latest situation in the region.

Minister Jeyhun Bayramov stressed the cruel missile attack by Armenia on the city of Ganja is a gross violation of international humanitarian law and Geneva Conventions and constitutes a crime against humanity and a war crime.

Minister Mevlüt Çavuşoğlu firmly condemned Armenia’s targeting of civilians and expressed his condolences to the families of those killed and the People of Azerbaijan.

Minister Jeyhun Bayramov expressed his gratitude to brotherly Turkey for always standing next to Azerbaijan and supporting Azerbaijan's just position based on international law.

It was noted that Cavusoglu held discussions with Bayramov in connection with the recent Armenian attacks on Ganja.