Lavrov: “In connection with Garabagh, one party accuses Russia of deceiving everybody, while other party – of betraying its allies” 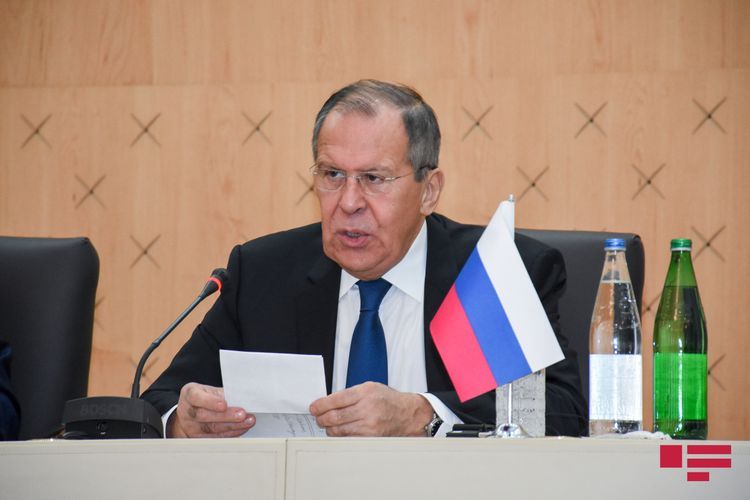 “The accusations in regard to breaking by Russia of its obligations in the Collective Security Treaty Organization (CSTO) in connection with situation in Nagorno Garabagh are dishonesty”, said Russia’s minister of foreign affairs Sergey Lavrov in his interview with RT television channel, APA’s Moscow correspondent reports.

“You see how shamelessly the occurrences are commented on in Russia’s politological environment. Some our analysts directly accuse us of breaking our obligations in the Collective Security Treaty. Firstly, I don’t think that those people are simply illiterate in political terms, are uneducated in legal terms. Secondly, they can’t be unaware of the fact that the CSTO obligations exclusively cover the joint defense of member state of organization from foreign aggression, and this of course didn’t happen to Armenia. There are a lot of such examples. I let it remain on the conscience of authors abroad and in the Russian Federation”, the head of Russian MFA stressed.