Major who surrendered to Azerbaijani Army appeals to Armenian people: "Do not let our children fight in Azerbaijan’s territory" - VIDEO 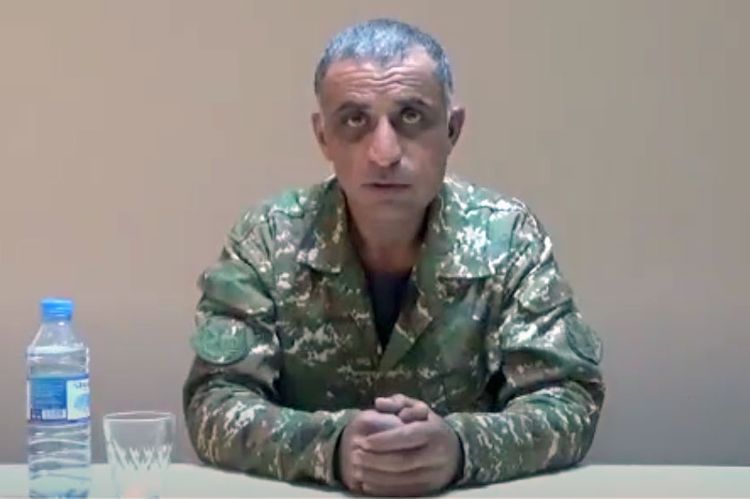 Armenian detainee who surrendered to Azerbaijani Army has appealed to his people, APA reports.

Retired police major Edik Solakovich Tonoyan said that he was born in 1975 in the village of Mestavan, Kalinino region of Armenia, worked in the Kalinin district police department until 2018, retired as a major in 2018.

"After that, I went to Russia to earn money for two years. In 2020, I could not go to Russia with my family to earn money due to coronavirus. I stayed in Armenia. I was also involved in construction work here. When the war with Azerbaijan broke out on September 27, my son and I were caught at a construction site and taken to the military commissariat. We agreed at the military commissariat to send me to military service instead of my son, and I would serve in Armenia. I did not want to go to Karabakh, because this is not our land. If necessary, I said I was ready to serve Armenia, but I did not want to serve Karabakh. I was sent to the outpost in Alaverdi district. I was on patrol there for a few days. From there, servicemen were sent to serve on the border with Azerbaijan to fight there. There I was told that I had to serve in another military unit in Armenia. I and another person were taken to Yerevan, where a KamAZ with people inside was waiting for us. There were 33 people in the car. They promised not to take us to Karabakh. Because we know that it is not our land and we do not need to go there. They again promised that we would serve in Armenia," he said.

According to E. Tonoyan, when they come to Gorus, the car stopped and they were given a gun: “We did not want to take the weapon, but they persuade us that it may be necessary for safety, for protecting ourselves. So, they take us to the territory of Azerbaijan, Horadiz region. They showed us the place where we will dig a trench. We started to dig a trench. When the bombing started we run away. 33 people who were together with me, as well as when we come to frontier post 15 people serving there were young. They ran, I could not run with them. I decided to surrender. I put the gun and surrendered to the Azerbaijani army.”

E. Tonoyan then appealed to all Armenian people: “My dear compatriots. It is not necessary to allow our children to fight in the territory of Azerbaijan and shed blood. Previously we lived very well, we were very close to each other, we had people with brotherly, good-neighborly relations.”