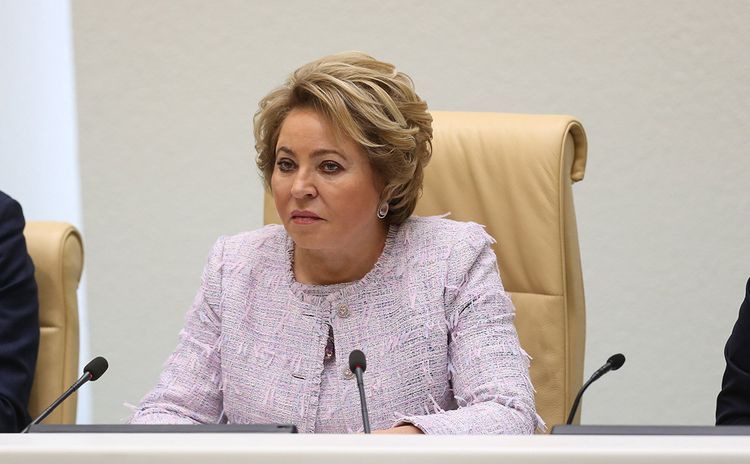 Chairperson of Council of the Federal Assembly of the Russian Federation Valentina Matviyenko during her meeting with the chairman of the Armenian parliament Ararat Mirzoyan called on parties to the Nagorno Karabakh conflict to move toward a final settlement of the situation in the region, refrain from harsh statements and support fragile peace that has been established, APA’s Moscow correspondent reports.

She also noted the importance of the current role of Russian peacekeepers: “Our peacekeepers not only fulfill their missions, they ensure the safe return of refugees on both sides, help the restoration of infrastructure and destroyed houses, respond to all appeals.”