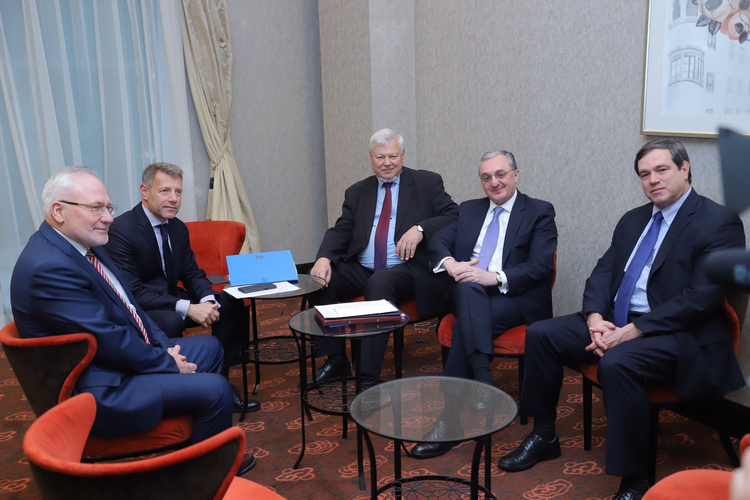 The meeting between Armenian Foreign Minister Zohrab Mnatsakanyan and the co-chairs of OSCE Minsk Group has started in the capital of Slovakia, Bratislava, the spokesperson of Armenian MFA Anna Naghdalyan wrote on Twitter, APA reports.

Note that meeting of the Foreign Ministers of Azerbaijan and Armenia Elmar Mammadyarov and Zohrab Mnatsakanyan will be held in Bratislava on December 4.