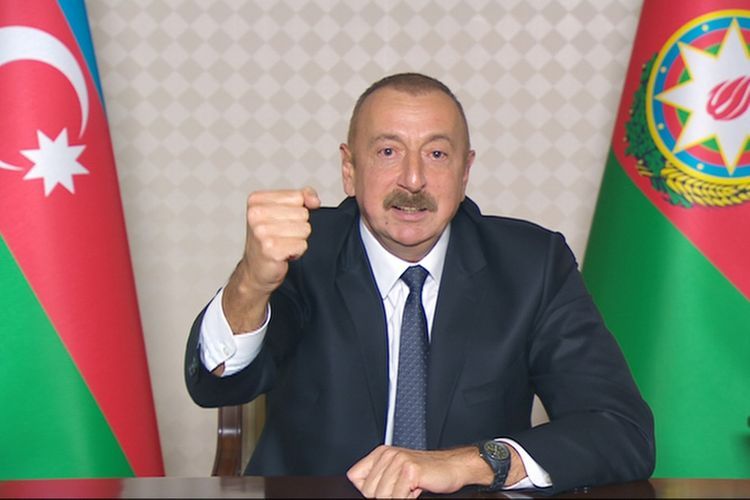 “UN Security Council resolutions did not work. We have made great efforts, the UN General Assembly, the Non-Aligned Movement, the Council of Europe, the European Parliament, the Organization of Islamic Cooperation, and other organizations have adopted resolutions. The document we have initialed with the European Union also supports the inviolability of our borders, our sovereignty and the territorial integrity of our country. That is the basis for resolving this conflict. This is why the Armenian leadership, acting like a beggar, like an inane one – I am sorry but they are worthy of any name – sends letters to all international organizations day and night, makes statements and asks why they remain silent. Why should they speak up?”, said President Ilham Aliyev while addressing to the people, APA reports.

The head of state said they have already adopted these resolutions, these decisions and Azerbaijan conducts the combat operation on its own territory recognized by the international community: “They have already adopted these resolutions and decisions, and Azerbaijan conducts military operations on its territory recognized by the international community. We do not carry out any operations on the territory of Armenia – we have no such plans – even though they have bombed Ganja twice from the territory of Armenia. We did not respond to them in their fashion. We responded on the battlefield. I said that we would take revenge on them on the battlefield. We will not leave the blood of our martyrs unavenged. The main goal of our activity in international organizations was to improve and expand this legal framework, and we were able to achieve this.”