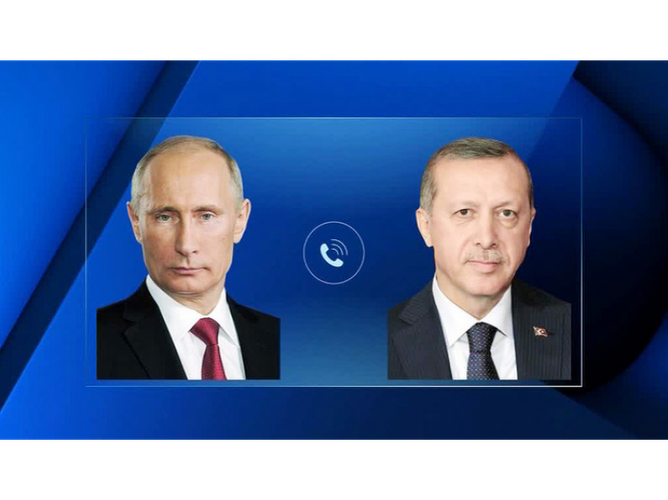 The sides discussed the situation in the Nagorno-Karabakh conflict zone during the telephone conversation.

Putin informed his Turkish counterpart about telephone conversations with the leaders of Azerbaijan and Armenia.

The Russian and Turkish leaders reaffirmed their readiness to cooperate in order to achieve a peaceful solution to the conflict.

It was noted that the leaders exchanged views on Turkish-Russian relations and regional issues, especially Nagorno-Karabakh.

President Erdogan stressed the importance of Armenia's withdrawal from the occupied Azerbaijani lands, noting that Azerbaijan's counter-offensive operations are only within its territory.

Stressing the importance of the efforts of the Armenian government to come to the negotiating table, the Turkish President stressed the importance of ending the conflict through a permanent solution and the establishment of peace and stability in the region.