Turkish Parliament Speaker: “We stand with Azerbaijan not only because we are friends, but also because it is right” 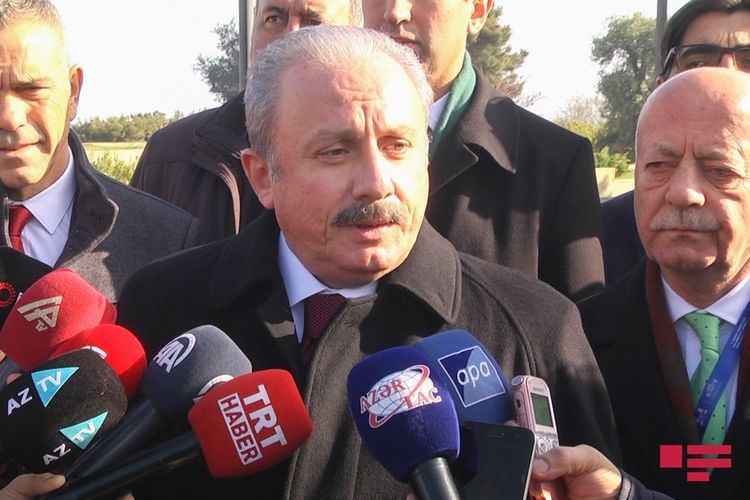 “We stand with Azerbaijan not only because we are friends, but also because it is right,”  Chairman of the Grand National Assembly of Turkey, Mustafa Shentop told reporters in Baku, APA reports.

M.Shentop noted that Garabagh has always belonged to Azerbaijan: “Azerbaijan is right in terms of history and international law. Four resolutions of the UN Security Council, decision of the Council of Europe and the OSCE reflect that Armenia is an agressor.”

Chairman of the Grand National Assembly stated that Armenia’s attack to Ganja is war crime: “If not today, then tomorrow, other day, we will live in a world where the perpetrators of war crimes will be judged. The perpetrators of war crimes in Bosnia and Herzegovina did not expect to be judged. Armenia is a threat not only to Azerbaijan, but also to peace in the region and the world. For all these reasons, Turkey stands by Azerbaijan.”