U.S. Permanent Representative to NATO: The conflict should be resolved within the sovereign boundaries of Azerbaijan 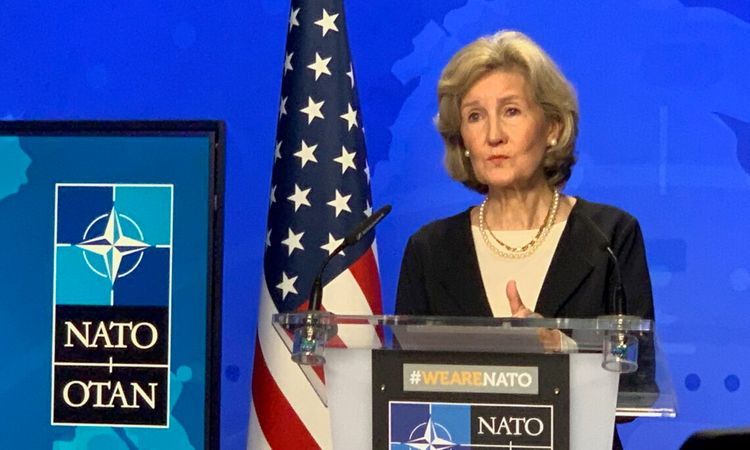 "Nagorno-Karabakh conflict has been festering for 30 years.  There is a Minsk Group of co-chairs, which is U.S., Russia, and France, that is willing to go into the initial conflict, which is where are the sovereign boundaries of Azerbaijan and what can accommodate the Armenian population within those boundaries. That can be settled, and then this conflict would end," said Kay Bailey Hutchison, U.S. Permanent Representative to NATO at a Special Online Briefing, on October 21, 2020, APA reports.

"In the meantime, we are encouraging both sides – and I believe that both foreign ministers are going to be meeting in Washington; at least that was a plan for them to meet in Washington this week – to discuss a way to stop the violence, stop the killing.  This cannot be settled in a military conflict.  It needs to be settled on the issues of the boundary lines and the sovereignty issues.  And that’s what we are pushing for, Russia is pushing for the same, as well as France.  And we hope they will agree to that group or any group they could both agree would be trustworthy to them to solve this underlying issue," she said.