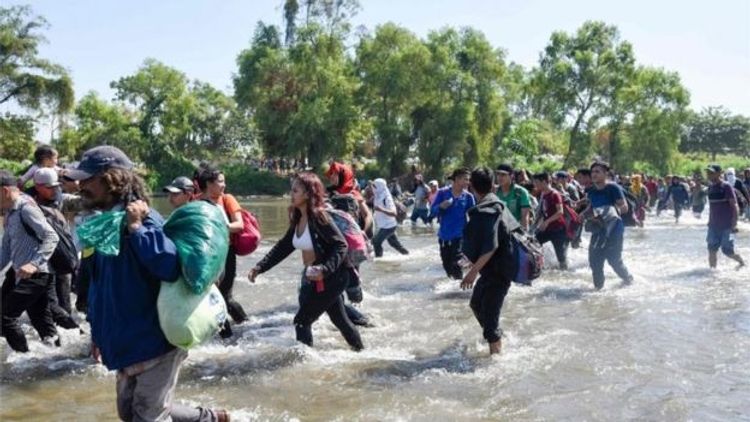 Hundreds of migrants have waded into a river on the southern Mexico border as they try to reach the United States, APA reports citing BBC.

The migrants, mainly from Honduras, took to the water after being refused permission to cross a bridge over the Suchiate river.

Mexico has cut off migration routes to the US under pressure from President Donald Trump.

But hundreds appear to have breached police lines and entered Mexico.

Some reports say police fired tear gas. Some of those trying to reach Mexico threw stones at the police.

The migrants were camped out in the Guatemalan town of Tecun Uman, across the border from Mexico's Ciudad Hidalgo.

Eight representatives of the migrants were allowed into Mexico for talks with the authorities and to pass a letter on to President Andres Manuel Lopez Obrador.

They are urging him to let them pass and promise to respect the law.

Those crossing the river are part of a 2,000 to 3,500-strong group dubbed "2020 Caravan", evoking previous attempts to cross Mexico en masse to reach the US border.

For its part, Guatemala says several thousand migrants have crossed into its territory from Honduras since Wednesday.

Many of the migrants on the Mexico border say they are fleeing violence, poverty and high murder rates.

"We got desperate because of the heat. It's been exhausting, especially for the children," Honduran migrant Elvis Martinez told AFP news agency.

Mexico has said they can stay and work in Mexico and apply for asylum but will not be allowed free passage to the US.

"They're trying to trick us. They tell us to register, but then they deport us," another migrant said.

The Mexican interior ministry says it has already taken in 1,100 migrants in the states of Chiapas and Tabasco. Most would be returned to their country of origin "if their situation warrants it".

President Trump reached a deal with Mexico in June to stem the flow of migrants to the US after threatening it with high tariffs. Mexico agreed to take "unprecedented" steps to curb irregular migration, including deploying the National Guard.

Another agreement, with Guatemala, designates that country as a "safe third country". Under the accord, the US can send migrants from Honduras or El Salvador who pass through Guatemala back to that country to seek asylum first.

Mr Trump has made the fight against illegal migration to the US a major policy issue and has taken measures to deter entry across the border from Mexico, including plans for a border wall. 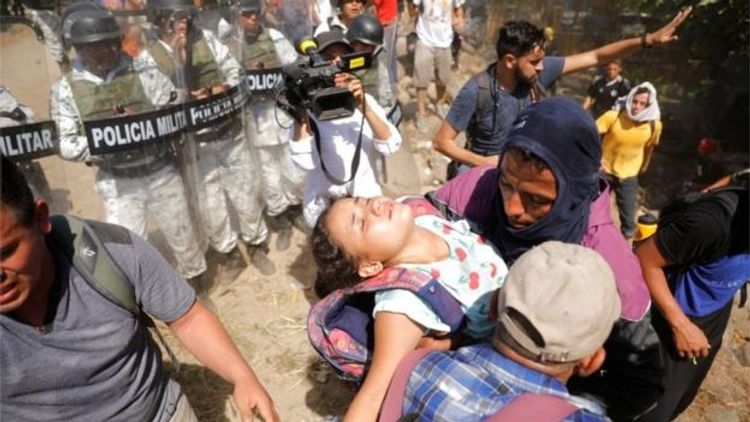 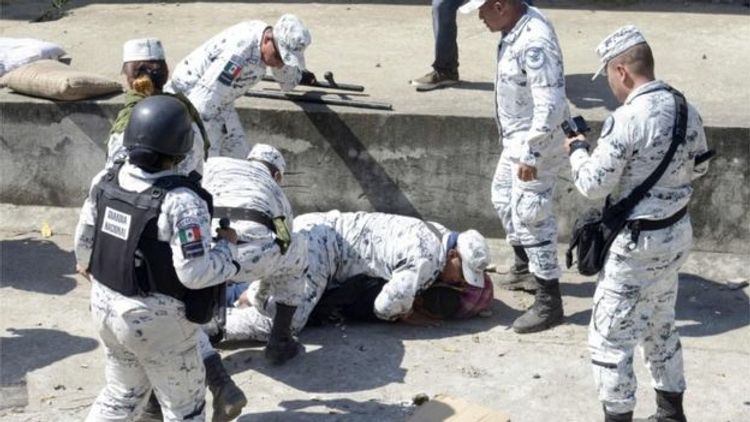