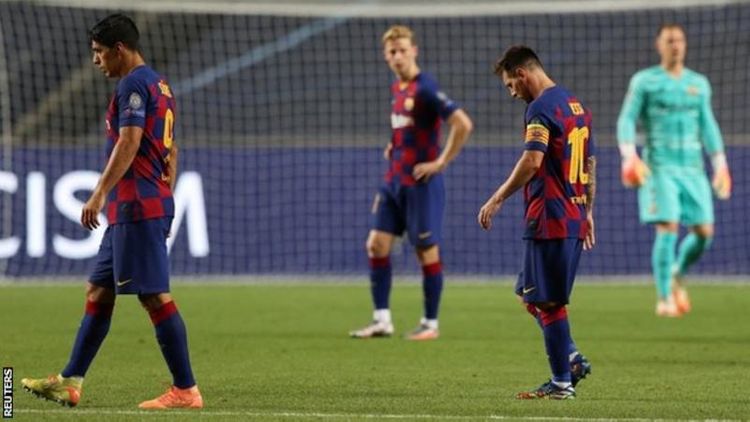 The Argentina international, 33, sent a fax to the club on Tuesday saying he wishes to exercise a clause in his contract, allowing him to leave for free with immediate effect.

Barca were beaten 8-2 by Bayern Munich in the Champions League quarter-finals on 16 August.

The six-time Ballon d'Or winner made his debut for Barca in 2004 and has won the Champions League four times.

Barcelona, though, believe the clause has now expired and Messi is contracted to the club until 2021 with a 700m euro buy-out clause.

The board will meet soon and some consider the only thing that could placate Messi is the resignation of the president, Josep Maria Bartomeu, and early elections. But the Argentine seems determined to leave the club no matter what.

A legal battle is now set to follow between the club and the player. Messi had a clause in his contract which allowed him to leave for free, if he informed the club of his desire before 10 June.

That date has now passed so Barca believe the clause has expired but Messi and his team feel it should be extended to cover the prolonged season - which ran until August due to the coronavirus pandemic.