Turkey to respond if US imposes sanctions 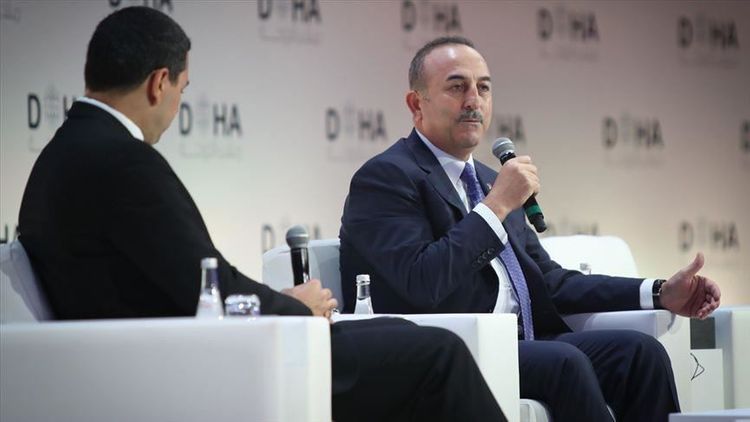 Turkey will respond to any sanctions imposed by the U.S., the Turkish foreign minister said on Saturday, APA reports quoting Reuters.

"If sanctions are applied, Turkey will have to respond. We are trying to overcome this issue without sanctions and through dialogue and mutual understanding," Mevlut Cavusoglu said at the 19th Doha Forum held in the Qatari capital.

Speaking about a resolution passed in the U.S. Senate on Armenian allegations over the events of 1915, Cavusoglu reiterated that politicians with limited historical knowledge should not "judge history".

"[The U.S.] Senate passed this resolution due to their disappointment over Turkey's [Peace Spring] Operation in northern Syria and due to the Armenian and other lobbies that support them," he said.

On Thursday, the U.S. Senate unanimously passed a resolution recognizing Armenian claims on the events that transpired in 1915.

Turkey's position on the events of 1915 is that the deaths of Armenians in eastern Anatolia took place when some sided with invading Russians and revolted against Ottoman forces. A subsequent relocation of Armenians resulted in numerous casualties.

Turkey objects to the presentation of the incidents as "genocide" but describes the events as a tragedy in which both sides suffered casualties.

Ankara has repeatedly proposed the creation of a joint commission of historians from Turkey and Armenia plus international experts to examine the issue.

Under two separate deals with the U.S. and Russia, Turkey paused the operation to allow the withdrawal of YPG/PKK terrorists from a planned Syrian safe zone.

Ankara wants YPG/PKK terrorists to withdraw from the region so a safe zone can be created to pave the way for the safe return of some 2 million refugees.

In its more than 30-year terror campaign against Turkey, the PKK -- listed as a terrorist organization by Turkey, the U.S. and EU -- has been responsible for the deaths of nearly 40,000 people, including women, children and infants. The terrorist YPG is the PKK’s Syrian offshoot.