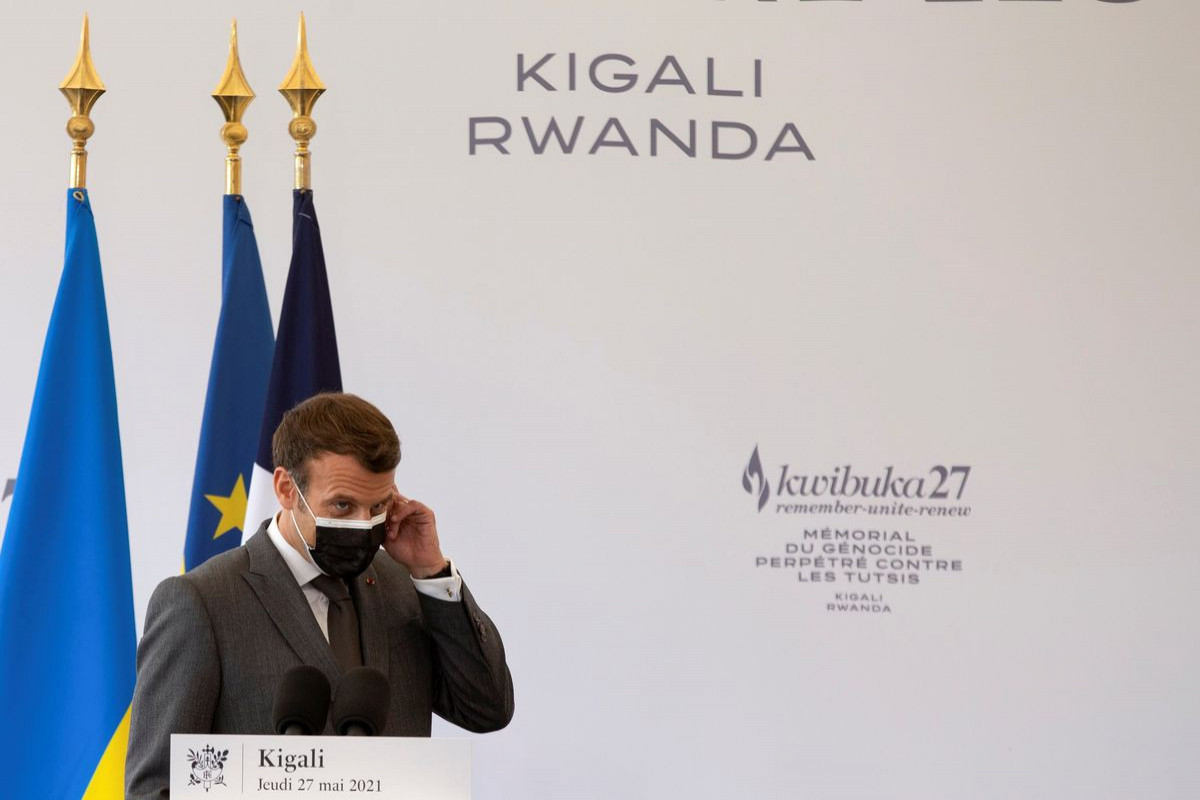 French President Emmanuel Macron said he recognised his country’s role in the Rwandan genocide and hoped for forgiveness at a memorial in Kigali on Thursday, seeking to reset relations after years of Rwandan accusations that France was complicit in the 1994 atrocities, APA reports quoting Reuters.

"Only those who went through that night can perhaps forgive, and in doing so give the gift of forgiveness," Macron said at the Gisozi genocide memorial, where more than 250,000 victims are buried. Rows of skulls lie there in a mass tomb and the names of the victims are inscribed on a black wall.

"I hereby humbly and with respect stand by your side today, I come to recognise the extent of our responsibilities," he said, speaking against a background of French and Rwandan flags.

The visit follows the release in March of a report by a French inquiry panel that said a colonial attitude had blinded French officials, who were close to the Hutu-led government of the time. The report blamed France for not foreseeing the slaughter and said the government bore a "serious and overwhelming" responsibility.