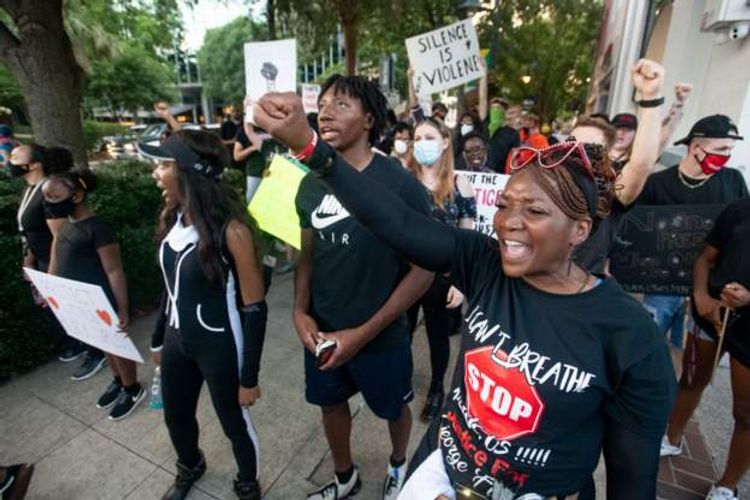 An organiser of the Black Lives Matter protests in South Carolina has said all upcoming protests there have been cancelled after a number of infections were linked to demonstrations, APA reports citing BBC.

Lawrence Nathaniel said in a Facebook video that at least 24 activists had become ill in recent days.

"If we're going to keep doing protests and we're talking about Black Lives Matter, and Covid-19 is affecting the African American community at a higher rate, we can no longer have mass protests right now," Nathaniel said, adding that he is awaiting the results of his own test.

"If you want to protest, and you care about black lives, stay home," he continued, calling on protesters to "get tested immediately".

Black Lives Matter protests have continued across the US, although not at the scale seen immediately after the death of George Floyd in Minneapolis police custody on 25 March.