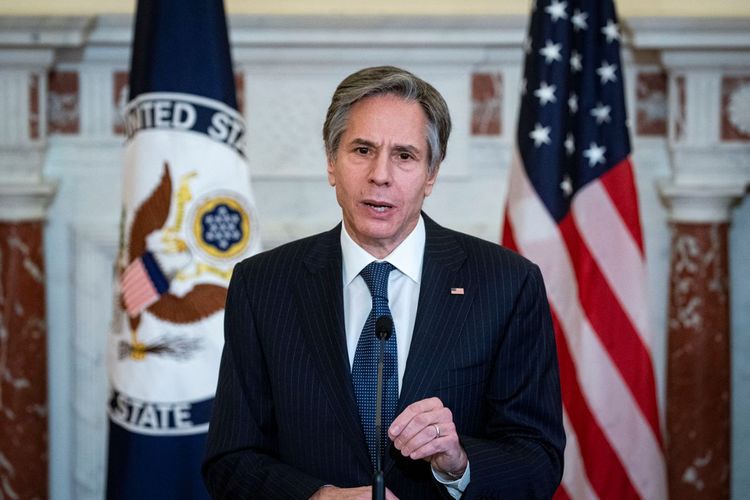 U.S. Secretary of State Antony Blinken and his French and German counterparts on Friday called on Russia to halt a troop buildup on Ukraine's borders and reaffirmed their support for Kyiv in its confrontation with Moscow, the State Department said, APA reports quoting Reuters.

The statements from the top diplomats suggested stepped-up consultations among the NATO allies on Russia's massing of forces and what Ukrainian and Western officials say have been ceasefire breaches by Russia-backed rebels in eastern Ukraine.

The Russian military movements have fueled concerns that Moscow is preparing to send forces into Ukraine. The Kremlin denies its troops are a threat, but says they will remain as long as it sees fit.