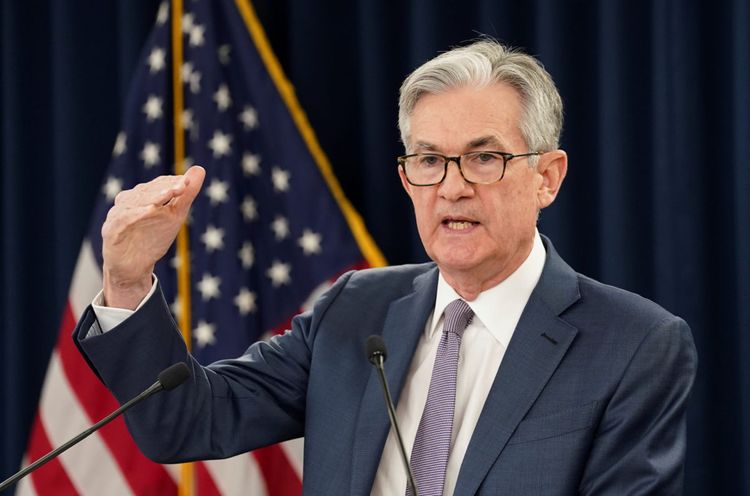 The Federal Reserve kept its benchmark interest rate at a record low near zero Thursday and signaled its readiness to do more if needed to support an economy under threat from a worsening coronavirus pandemic, APA reports citing USA Tiday.

The Fed announced no new actions after its latest policy meeting but left the door open to provide further assistance in the coming months. The central bank again pledged to use its “full range of tools to support the U.S. economy in this challenging time.” The economy in recent weeks has weakened after mounting a tentative recovery from the deep pandemic recession in early spring.

“I think we have to be humble about where we are,” Chair Jerome Powell said at a news conference when asked whether the economy was at risk of enduring a severe setback with confirmed viral cases in the United States setting record highs. “We are very far from saying that we’ve got this and eliminated” the risks.

Several Fed officials have expressed concern that Congress has failed so far to provide further aid for struggling individuals and businesses. The Fed’s policy statement, issued after a two-day meeting, made no mention of lawmakers’ failure to act. But when asked about the danger to the economy without a new rescue aid package soon, the chairman was clear:

“I think we will have a stronger recovery if we can get more fiscal support” from Congress, Powell said.

A multi-trillion-dollar stimulus, enacted in the spring, had helped sustain jobless Americans and ailing businesses but has since expired. The failure of lawmakers to agree on any new aid has clouded the future for the unemployed, for small businesses and for the economy as a whole. There is some hope, though, that a logjam can be broken and more economic relief can be enacted during a post-election “lame-duck” session of Congress between now and early January.

“The outlook for the economy is extraordinarily uncertain,” Powell said at the news conference.

The chairman said the policymakers discussed this week whether and how their bond buying program might be altered to provide more economic support. The Fed is buying $120 billion a month in bonds — $80 billion in Treasurys and $40 billion in mortgage bonds — to try to keep long-term borrowing costs low. Powell’s comments appeared to raise the possibility that changes could be announced as soon as the Fed’s next meeting in December.

In addition to buying bonds to keep long-term borrowing costs low, the Fed has kept its key short-term rate, which influences many corporate and individual loans, near zero.

The Fed’s latest policy meeting coincided with an anxiety-ridden election week and an escalation of the virus across the country. Most economists warn that the economy cannot make a sustained recovery until the pandemic is brought under control and most Americans are confident enough to return to their normal habits of shopping, traveling, dining and congregating in groups.

“The recent rise in COVID-19 cases both here and abroad is particularly concerning,” Powell said. “All of us have a role to play, to keep appropriate social distance and to wear masks in public.”

The central bank’s policy statement Thursday was approved on a 10-0 vote. Robert Kaplan, president of the Federal Reserve Bank of Dallas, who had dissented at the previous meeting, voted with the majority this time. Another dissenter in September, Neel Kashkari, head of the Minneapolis Fed, was absent, with his alternate, Mary Daly of the San Francisco Fed, approving the statement.

The statement was nearly identical to the one the Fed issued in September. At that meeting, it adopted a policy goal change it had made in August to keep rates low for some period of time even after inflation hits its 2% annual target. The reason was to allow the Fed to supply a longer boost to the economy and for unemployment to fall further before the policymakers begin to worry about inflation.

At his news conference, Powell was asked about a nationwide shortage of coins that has developed as a decline of shoppers at retail stores has depressed the normal circulation of change. He noted that the circulation of coins and currency was especially important for low-income people who do not have credit cards.

The chairman said he had been told by Fed officials who are reviewing the problem that “things have gotten significantly better” and that the situation was “well on the way to normalizing.”