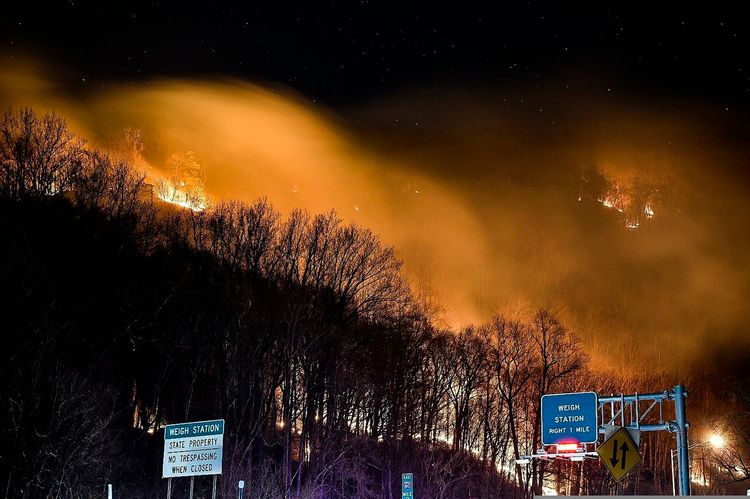 Firefighters from federal and New Jersey agencies were battling a forest fire that broke out in a popular hiking area near the Pennsylvania border, APA reports quoting US News.

The fire that broke out Sunday afternoon was split between Worthington State Forest and the New Jersey side of the Delaware Water Gap National Recreation Area, news outlets reported. A Facebook post from a nearby fire department in Pennsylvania indicated the fire had grown to 70 acres by Sunday night.

Volunteer firefighters were filling up backpack tanks of water and carrying them to the top of the 1,526-foot (465-meter) Mount Tammany, Sandt said.

"It's pretty steep and rugged," Weber said. “It's probably the steepest terrain in the entire State of New Jersey.”

The crews were using an existing trail as a fire break, Weber told the station.

Pictures and video on social media showed a wall of flames not far from Interstate 80, which winds through the water gap and was backed up in both directions.

The fire broke out on a sunny February day that saw temperatures in the mid-50s, news outlets reported. The cause of the fire wasn't clear Sunday night.