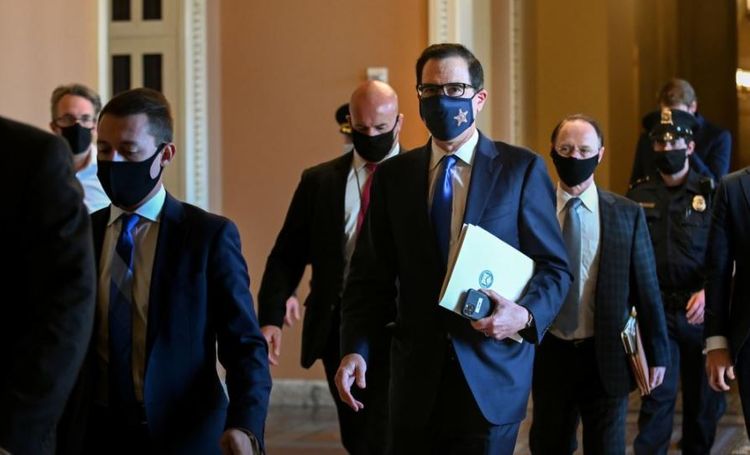 Less than five weeks before the Nov. 3 presidential and congressional elections, Mnuchin and Pelosi both said negotiations would continue toward a bipartisan agreement to deliver aid to millions of Americans and businesses reeling from the coronavirus pandemic. The virus has infected more than 7.2 million people and killed over 206,000 in the United States.

“We made a lot of progress over the last few days. We still don’t have an agreement, but we have more work to do. And we’re going to see where we end up,” Mnuchin told reporters after meeting with Pelosi for about 90 minutes in the U.S. Capitol.

“We’ve made a lot of progress in a lot of areas,” he said.

For her part, Pelosi avoided use of the term “progress.”

“Secretary Mnuchin and I had an extensive conversation and we found areas where we are seeking further clarification. Our conversation will continue,” the top Democrat in Congress said in a statement.

She said the House would vote late on Wednesday on a $2.2 trillion updated Heroes Act “to formalize our proffer to Republicans in the negotiations to address the health and economic catastrophe in our country.” A vote was expected between 8 p.m. and 9 p.m. EDT (0000-0100 GMT on Thursday).

Before the meeting in Pelosi’s office broke up, Senate Majority Leader Mitch McConnell, a Republican, told reporters that Republicans and Democrats were still “very, very far apart” on how much to spend and called Pelosi’s $2.2 trillion bill “outlandish.”

House Democratic Conference Chairman Hakeem Jeffries told reporters that a vote on the legislation would show the Democratic caucus’ “vision on what’s right legislatively at this moment.”

Formal talks between Pelosi, Mnuchin, Senate Democratic leader Chuck Schumer and White House Chief of Staff Mark Meadows broke down on Aug. 7. Pelosi has since taken the lead for Democrats.

Before talks between Pelosi and Mnuchin resumed, the White House had said Trump could agree to a $1.3 trillion bill.