More than 2,000 US coronavirus deaths reported in the U.S. 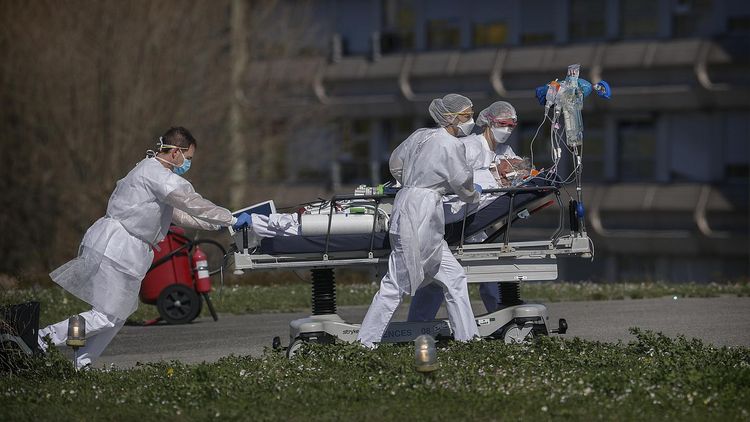 The US recorded at least 2,074 deaths Friday, the largest increase in coronavirus fatalities the country has seen since the beginning of the outbreak, APA reports citing CNN.

That brings the total number of reported deaths to 18,777. More than 501,600 people have tested positive, according to Johns Hopkins University's tally of cases in the US. On Friday, 35,551 new cases were reported.

The country likely saw a peak in its daily death toll, according to Dr. Chris Murray, the director of the Institute for Health Metrics and Evaluation at the University of Washington -- who created the model the White House is using to gauge the peak of coronavirus cases.

"We re-run the model, basically, almost every night -- and the new returns from different states are suggesting different peaks in different states, but at the national level we seem to be pretty much close to the peak," he said.

His team's model projects about 61,500 Americans will lose their lives to the virus by August -- and that's if the country keeps social distance measures in place until the end of May. If they factor in states that may lift these rules by May 1, the numbers "don't look good,' Murray said.

Health experts say that while they're encouraged by signs that those measures are having a positive impact, they warn re-opening the country too quickly could set the US back.

Despite the positive signs, Dr. Deborah Birx, the White House coronavirus coordinator, said Friday the US had not yet reached its peak in cases.

Birx said in late March that based on models that take into account social distancing measures and stay-at-home orders in place, the US death toll could be at least 100,000. If Americans didn't heed the warnings or follow those measures, that number could be as high as 2.2 million, she had said.