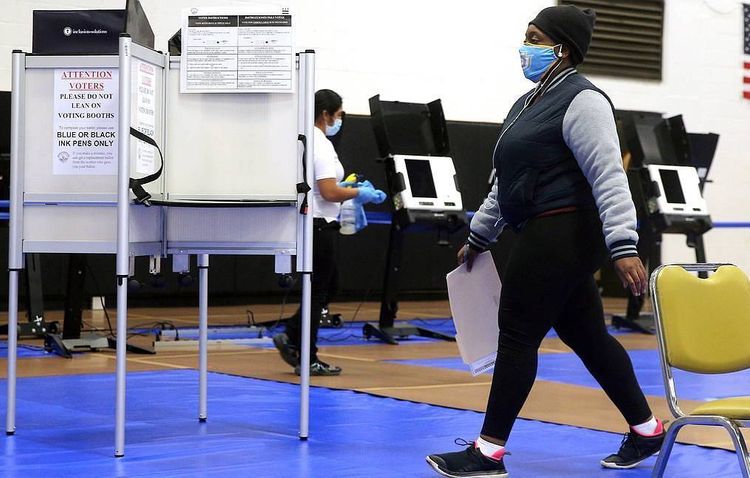 According to a CNN report, a total of 100,286,748 people cast their votes early. In six states - Texas, Nevada, Washington, Arizona, Montana and Hawaii - the early voter turnout exceeded that of 2016. That year, the total voter turnout across the US was 138.8 million.

Apart from that, according to the United States Elections Project, of the overall 100 million people who cast their votes early, more than 64 million voted by mail, and over 35 million came to the polling stations.

The 2020 United States elections are scheduled for November 3. Nationwide, American citizens are heading to the polls to elect 435 representatives to the House, 35 senators out of 100 to the Senate, and the President and Vice President of the United States. The November race for the White House pits Democratic contender Joe Biden and his running mate Kamala Harris against incumbent US President Donald Trump and Vice President Mike Pence of the Republican Party. In addition, voters are deciding on 13 US state and territorial governorships, and numerous other local elections are being held.

Due to the coronavirus situation, an unprecedented number of citizens have cast their votes by mail or at early in-person polling sites over fears that the virus could spread at busy voting places on Election Day.