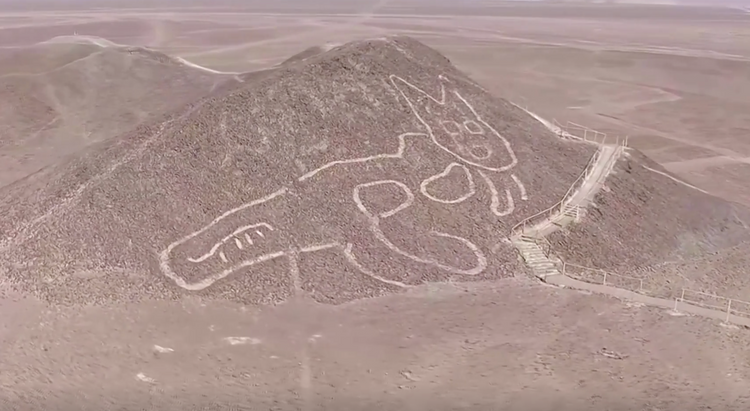 Peruvian archaeologists have uncovered a 37-meter-long (120-foot-long) cat etching in a little-explored area of the country’s celebrated Nazca Lines UNESCO heritage site which is home to hundreds of gigantic geoglyphs dating back more than 2,000 years, APA. reports quoting. Reuters.

The figure, made up of a long body, striped tail and head with distinctive pointed ears, predates some of the area’s better known-figures that include a hummingbird, spider and a human, the country’s Culture Ministry said.

It is one of a number discovered in recent years by drone exploration of the protected 400-square-kilometer (250-square-mile) region that lies some 450 km south of the capital Lima between the towns of Nazca and Palpa.

Johny Isla, the ministry’s specialist for the Nazca-Pampa region, said it was estimated to be around 2,000 years old and made up of groves carved into the mountain coupled with groupings of stones.