Tsunami warning is issued for Jamaica and Cuba after a 7.7-magnitude earthquake - UPDATED 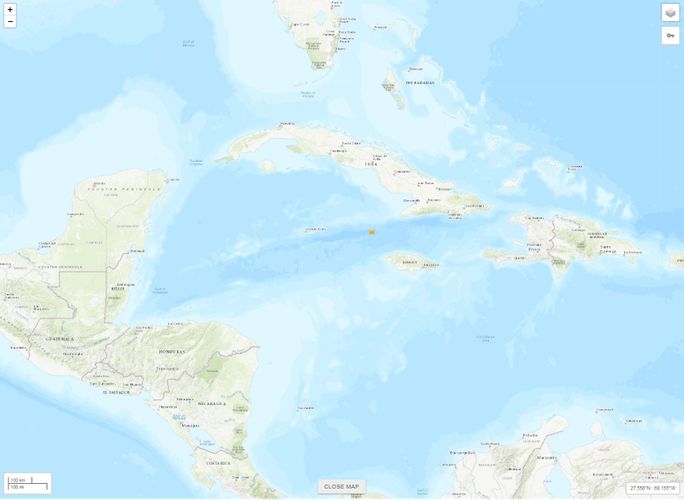 A tsunami warning is in effect in Jamaica, Cuba and the Cayman Islands after a massive 7.7-magnitude earthquake struck in the Caribbean on Tuesday.

The Pacific Tsunami Warning Center issued a tsunami alert for islands near the earthquake's epicenter - about 72 miles northwest of Lucea, Jamaica.

The quake struck at 2.10pm EST, according to the US Geological Survey.

There are widespread reports of people feeling the tremor throughout Jamaica and building evacuations are underway. No damage or injuries have been reported.

If the magnitude of 7.7 is confirmed, it would be the largest since an 8.0 quake in Peru that killed two people and injured 30 last May.

The US Geological Survey (USGS) reported a powerful 7.7-magnitude earthquake in the strait between Jamaica and Cuba on Tuesday afternoon. A tsunami warning has been issued for Jamaica, Cuba, and the Cayman Islands, APA reports.

The earthquake was reported at a depth of 10 kilometers, 117 kilometers northwest of Lucea, Jamaica. It was initially reported as a 7.3-magnitude but was quickly upgraded to a 7.7-magnitude.