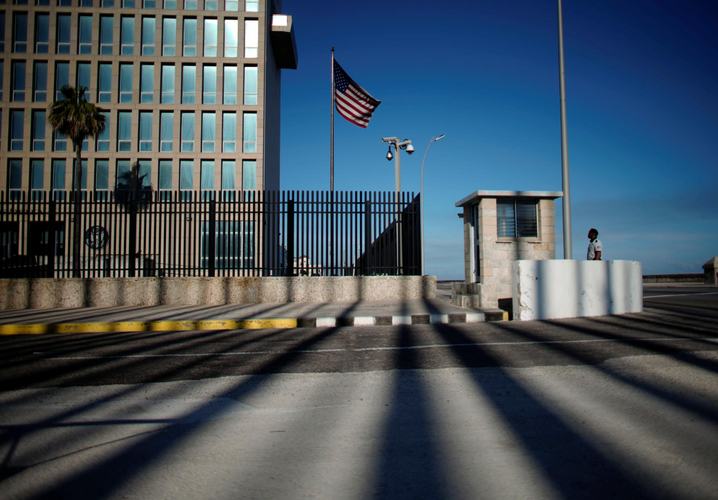 The United States is considering returning Cuba to its list of state sponsors of terrorism, a senior Trump administration official told Reuters on Thursday, a move that would mark another major blow to increasingly tense relations between Washington and Havana, APA reports quoting Reuters.

There is a “convincing case” that Cuba should be placed back on the U.S. blacklist, in part because of its continued backing for socialist Venezuelan President Nicolas Maduro and the refuge it gives to leaders of Colombia’s ELN rebel group, the official said.

Speaking on condition of anonymity, the official did not rule out that a decision on Cuba’s re-listing could come by the end of the year.

In what was possibly a preliminary step, the Trump administration said on Wednesday it had put the Communist-ruled island back on a separate list of countries that do not cooperate fully with its efforts to counter terrorism.

Havana, which has long denied any link to terrorism, dismissed Wednesday’s State Department announcement as “spurious.”

Returning Cuba to the blacklist would be a further rollback of the detente that former President Barack Obama orchestrated between the old Cold War foes. His decision to formally remove Cuba from the terrorism list in 2015 was an important step toward restoring diplomatic ties that year.