U.S. peace envoy in Kabul for revival of talks 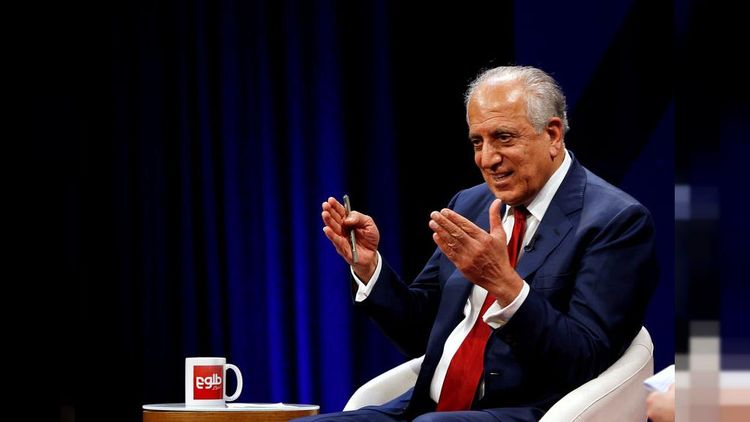 U.S. President Donald Trump made a surprise Thanksgiving visit to U.S. forces at Bagram Airfield in Afghanistan last week and met President Ashraf Ghani, raising hopes of progress toward an elusive peace deal with the Taliban, who have been waging an insurgency against the Kabul administration since being toppled from power in 2001.

However, the chances of successful negotiations are still in doubt given the Taliban’s refusal to engage with what they call Ghani’s “illegitimate puppet regime”.

The Afghan government says it is ready for the revival of the talks, but only if it is given a seat at the table and the Taliban agrees to a ceasefire.

“The U.S. and Afghan presidents agreed on the resumption of peace negotiations but with close participation and coordination with the Afghan government,” a senior Afghan official said.

“Our precondition is a reduction of violence leading to a ceasefire, and that is what U.S. want too.”

Talks between the Taliban and the United States collapsed in September, after Trump called off what he described as a planned meeting at his Camp David presidential retreat.

Both sides had said they were close to a deal that would have withdrawn thousands of American troops in exchange for guarantees from the Taliban that Afghanistan would not be used as a base for attacks on the United States or its allies.

If talks are resumed, Ghani’s officials say Khalilzad’s format of holding separate negotiations with the Taliban as a preliminary step to later talks between Afghan participants in the conflict cannot be repeated.

Instead they are pressing for a sequence that would see a ceasefire, direct talks with the Taliban and a security guarantee, and only then U.S. troop withdrawals - a sequence that Taliban leaders strongly reject.

“We will not announce any ceasefire before a deal with the U.S., and secondly we will not agree to hold any meetings with the Afghan government before that,” a senior Taliban official told Reuters.

A spokesman for the U.S. Embassy in Kabul did not respond to a request for comment.