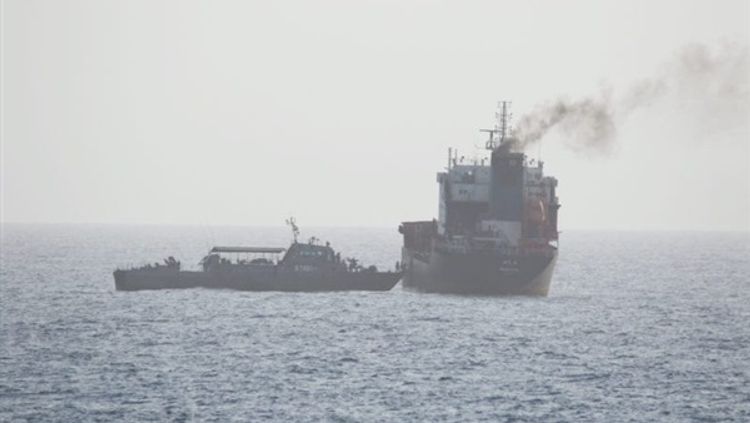 The United States said on Friday it had confiscated four Iranian fuel shipments that had been bound for Venezuela, disrupting a key supply line for both Tehran and Caracas as they defied U.S. sanctions, APA  reports quoting Reuters.

U.S. President Donald Trump said Iran should not be sending cargoes to Venezuela and added that the seized shipments were bound for Houston, Texas, a major U.S. oil shipping hub and suggested they may have already arrived.

“They’re going to Houston. And, they’re there,” Trump told a White House news conference. “We’re moving them, and moved, to Houston.”

The U.S. Justice Department said the seized cargo was now in U.S. custody “with the assistance of foreign partners,” adding that the amount confiscated from four tankers was approximately 1.116 million barrels of fuel, making it the largest-ever U.S. seizure of Iranian fuel.

The U.S. State Department credited its outgoing special envoy for Iran for the seizure operation.

“Our diplomacy, led by Special Representative for Iran Brian Hook, was able to both halt these shipments and assist the Departments of Justice and Homeland Security in executing a U.S. seizure order,” it said in a statement.

Neither the Justice Department nor the State Department specify when, where or how the seizure took place. The latter also did not disclose what steps Hook, whose resignation was announced earlier this week, took secure the seizure.

In July 2019, Hook had sent emails to the captain of a British-flagged oil tanker that was briefly seized by Iran in the Gulf, saying the Trump administration was offering him several million dollars to steer the tanker to a country that would impound it on behalf of Washington.